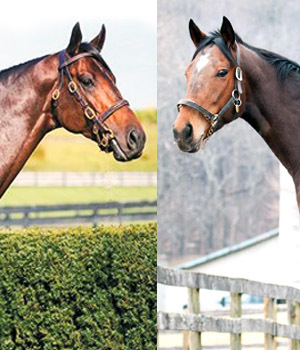 A $165,000 2YO in-training purchase by the highly-proven veteran stallion Include, Weekend Madness went on to be a multiple winners on the racetrack. She is also a half-sister to a pair of black-type runners, and the Blue Hen broodmare Lassie Dear appears twice in the 5th generation of her pedigree (both through her dam, Weekend Connection, who is inbred 4×4 to Lassie Dear). For her first matchup, Weekend Madness will visit the promising young sire American Freedom at Airdrie Stud in a mating that will reinforce this Lassie Dear “connection” as well as several other instances of inbreeding in both of her parents’ pedigrees, which we hope will produce a successful runner.
Most immediately, Weekend Madness’s foal by American Freedom will feature 2×3 inbreeding to Pulpit — which is closer than what you typically see, but a pattern which has so far produced 4 winners from 7 starters for total earnings of $229,194, while there are another 7 winners already inbred 3×3 to Pulpit, including a stakes winner. But since Pulpit’s sire, A.P. Indy, is by Seattle Slew and out of Weekend Surprise, who is in turn out of Lassie Dear, that means this foal will have 3 crosses of Lassie Dear (Rasmussen Factor inbreeding) through the 3/4-siblings A.P. Indy and Lassie Connection (Weekend Surprise’s 4th dam, Lassie Connection, being by Seattle Slew and out of Lassie Dear).
Additionally, Weekend Madness’s sire Include is inbred 4x4x4 to Turn-To, sex-balanced (xxy, meaning through two daughters and a son), and he has responded very well to further strains of Turn-To in his own stud career. Weekend Madness’s dam, Weekend Connection, is out of a daughter of Dynaformer, a grandson of Hail To Reason (the “y” source of Turn-To in Include’s pedigree), while American Freedom’s third dam, Race the Tide, is by Cyane, who is another son of Turn-To. Plus Seattle Slew’s sire Bold Reasoning is out of a Hail To Reason mare and Lassie Dear’s broodmare sire Sir Gaylord is another son of Turn-To, and there are 3 crosses of each of those from A.P. Indy and Lassie Connection as mentioned above. That’s a huge accumulation of Hail To Reason and Turn-To in the pedigree of this foal, through several different male and female ancestors.

Finally, Include is also inbred 5×5 to Ribot, and has had success with further Ribot crosses — including specifically the His Majesty sire-line via Pleasant Colony and Pleasant Tap. Dynaformer in Weekend Madness’s pedigree is out of a His Majesty mare, while American Freedom is himself out of a Pleasant Tap mare — meaning plenty of Ribot blood in this foal to go with the Hail To Reason/Turn-To.

(You can see the extended pedigree for the hypo-mating here.)
More traditionally, the Pulpit/Include cross rates an “A” on TrueNicks thanks to G2 winners Pink Sands and Amalfi Coast, while our Kentucky Derby selection for 2021 — Proxy, by Tapit out of the Include mare Panty Raid — is also bred this way. And Weekend Madness is a half-sister to the stakes-placed 2YO Shrilanka by Pleasantly Perfect, who is a son of Pleasant Colony just like American Freedom’s broodmare sire.

American Freedom and Weekend Madness make a wonderful physical pairing, as well — she is a big, strapping mare with plenty of size and substance, while he is a similarly impressive specimen with all the size and scope you could want. His looks led to American Freedom being a $500,000 yearling purchase by Ben Glass for Gary & Mary West, who is quoted as saying of American Freedom: “We’ve been buying horses for the Wests for the last 27 years, and we’ve never bought a horse that was better looking than American Freedom.” Trainer Bob Baffert called American Freedom “a freak” with the natural talent of a G1 winner, even though his biggest score came in the G3 Iowa Derby (he was 2nd to Arrogate in the Travers and to Exaggerator in the Haskell, finishing ahead of Gun Runner (2x), Nyquist, Connect, Gift Box, Creator and Exaggerator in those races).

At stud, American Freedom has had the support of the Wests and Aidrie behind him from day one.  He already had a first crop winner at Keeneland last week in American Bound, just days after a 2YO daughter of his sold at the Fasig-Tipton Gulfstream Sale for $550,000.  His first crop earlier contained a pair of six-figure yearlings off of just a $10,000 opening stud fee, while he had individuals at last month's OBS March Sale bring $260,000, $160,000, $150,000, and $80,000.
We believe all that is going to lead to a successful year at the races for American Freedom’s first crop and make his 2021 stud fee look like excellent value down the road. 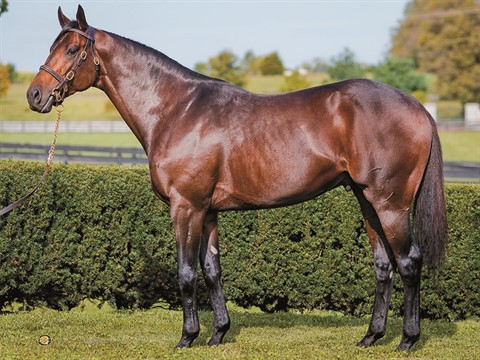 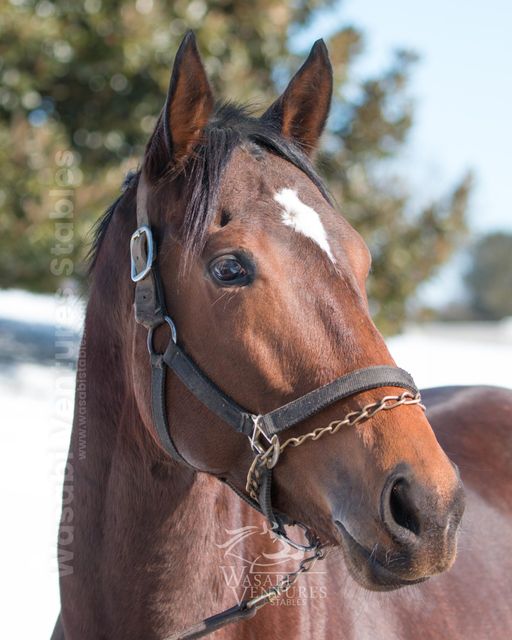 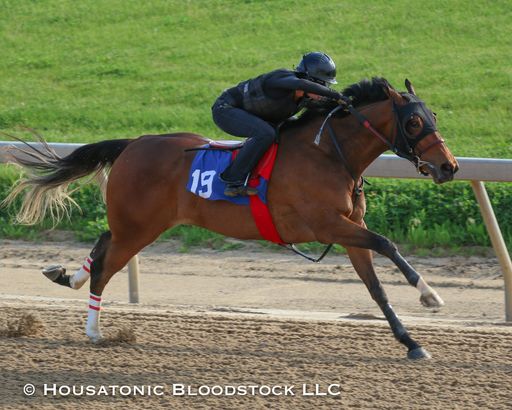 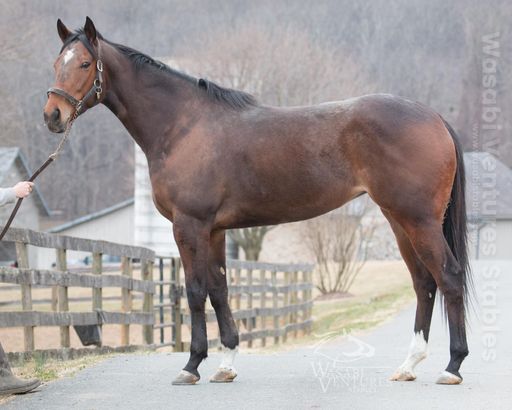 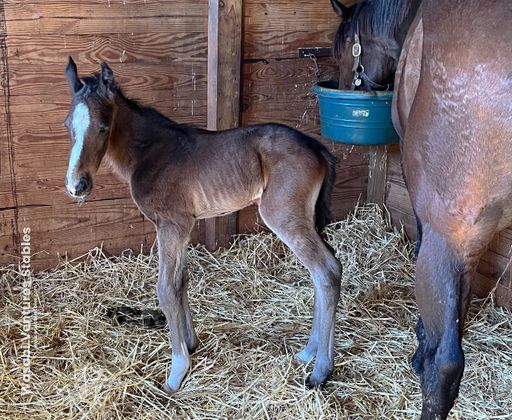 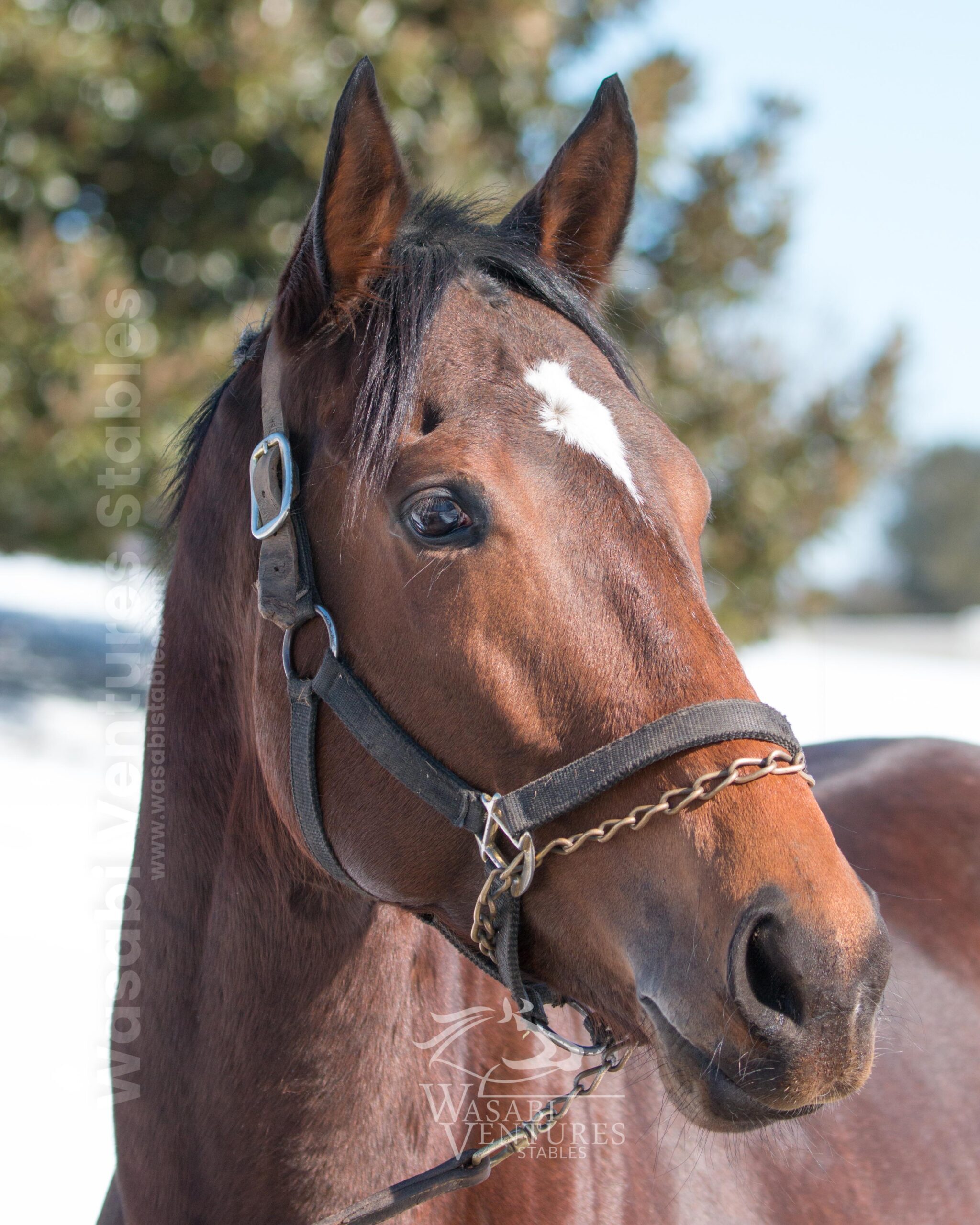 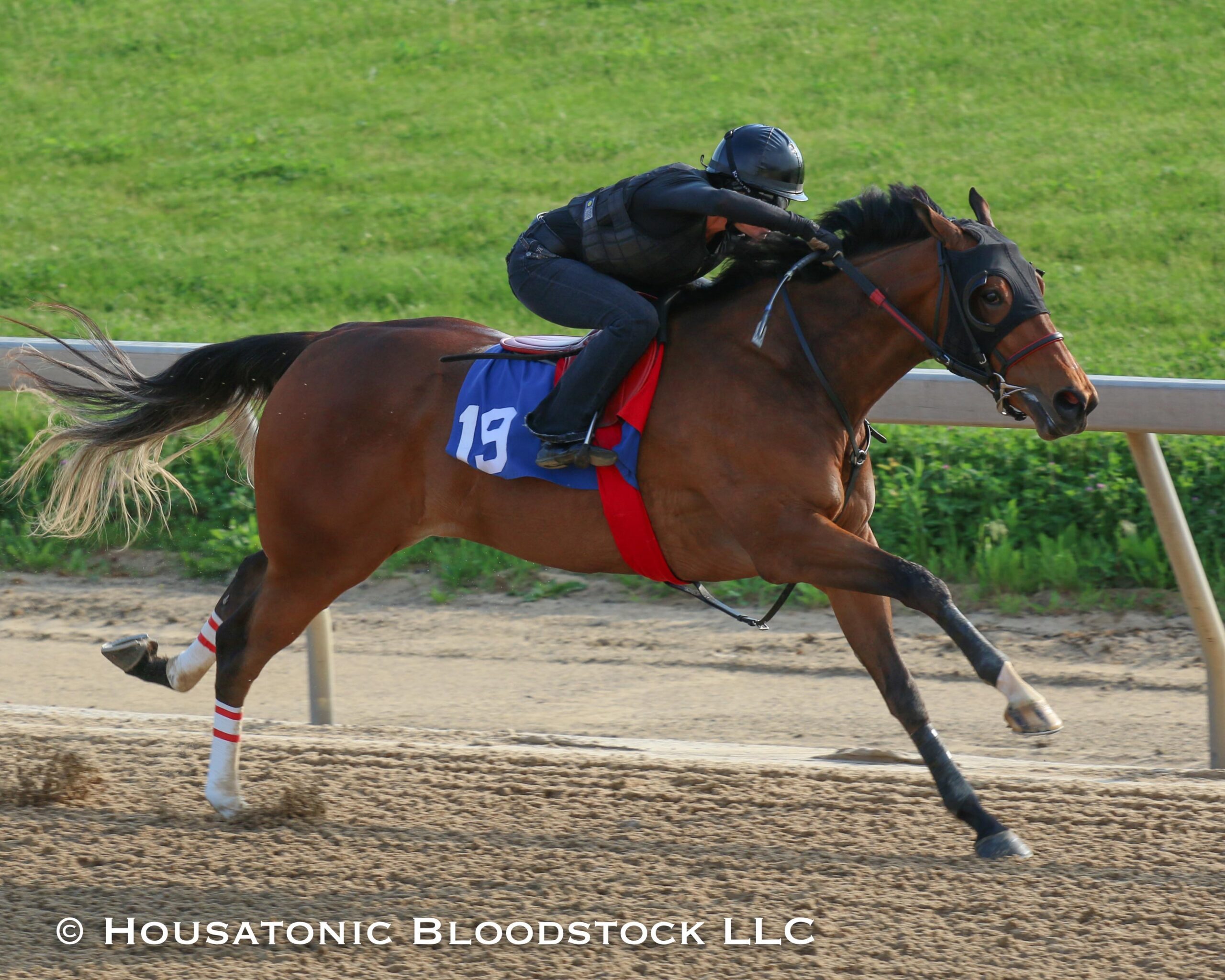 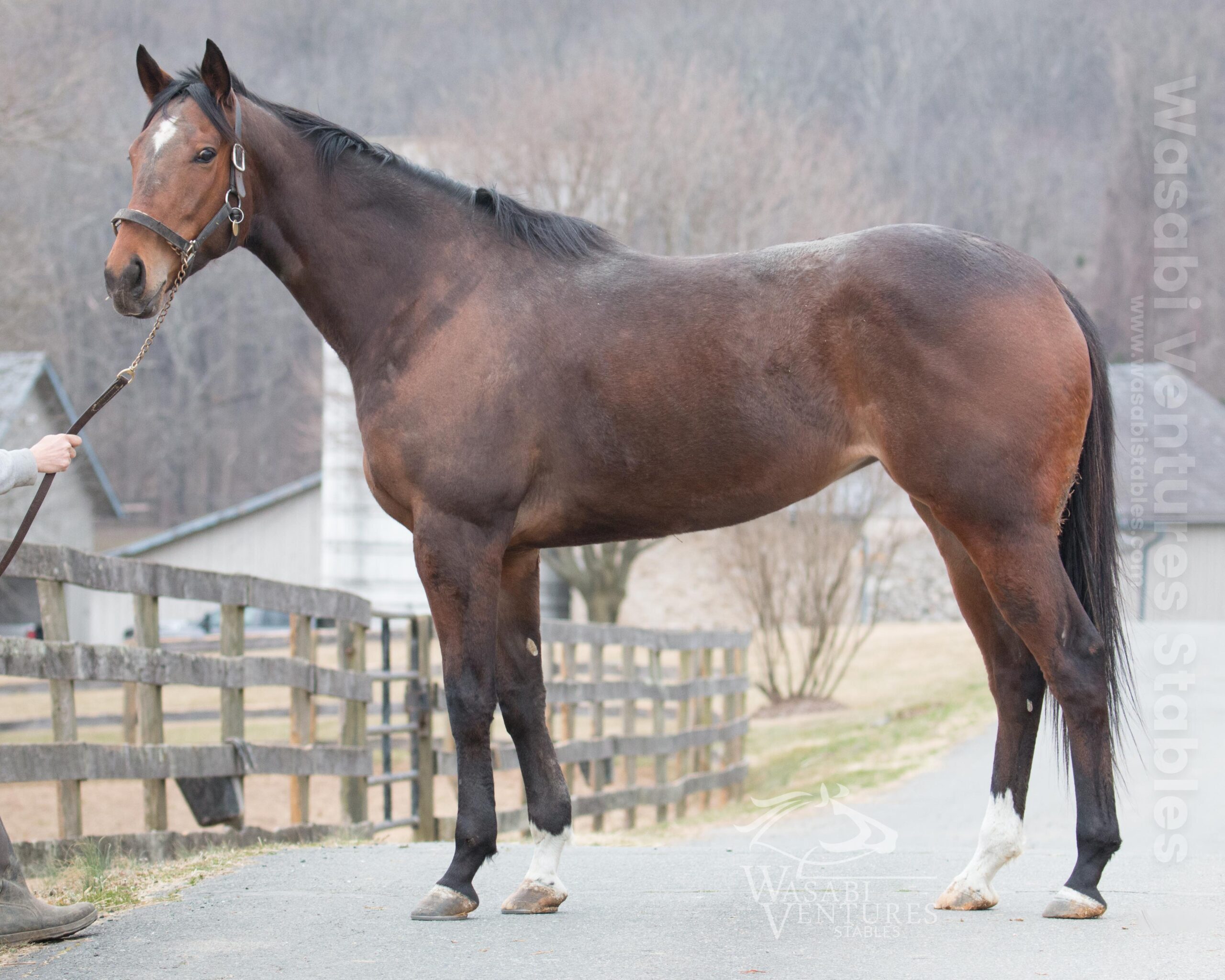 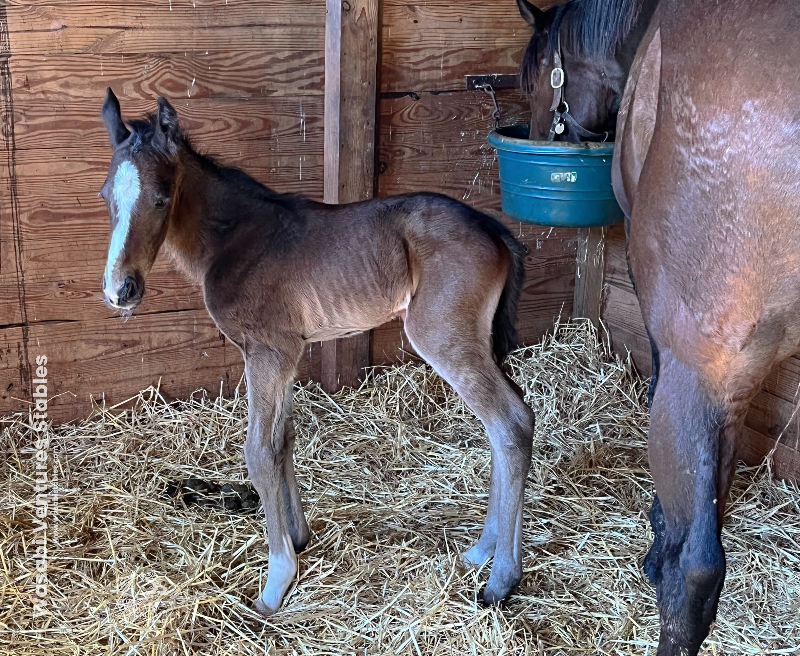