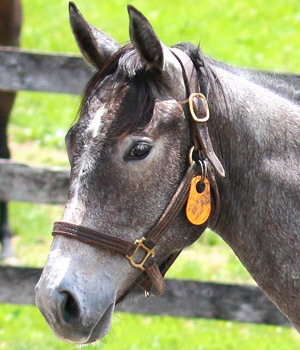 This is a home-bred colt and part of the 2020-2021 Wasabi Ventures Stables Yearling Supplement.

This Maryland-bred, Delaware-certified, and soon to be Virginia-certified Blofeld colt has a lovely conformation (see notes below on conformation).

NOTE on PRICING:
Per our program, the horse was independently appraised for $8,500 by two independent consignors.

“This colt is a strong, fast looking type. He has a decent hip and a good hind leg. He also has a nice big walk but fairly heavy when hitting the ground. His overall confirmation is good. Strong gaskins, good cannon both length and nice short pasterns.”

This yearling Blofeld colt (currently nicknamed "Animal Cracker") is out of the very first WVS broodmare, Analyzeyurspending. She was claimed out of her last start by WVS at Laurel Park from Repole Stable (best known for racing Uncle Mo), who is her original owner and breeder.

This yearling is from the very first crop of Maryland stallion Blofeld, who was an undefeated, multiple graded stakes winner as a 2yo. Blofeld is also the son of the spectacular stallion Quality Road, who is highly regarded as one of the leading sires in North America. Quality Road has sired such recent stars as City of Light, Abel Tasman, Bellafina, and Caledonia Road, all of which are G1 winning millionaires. While Quality Road hasn't had the chance to prove himself as a sire-of-sires yet, as Blofeld was one of his first sons to retire to stud, there are promising early signs. Klimt, another son of Quality Road who retired to stud in 2018, had weanlings sell last year for an average of $47,000 with a median selling price of $45,000 off a meager $10,000 stud fee, indicating strong interest from the market.

The colt is the first foal out of Analyzeyurspending, who is from the first crop of Overanalyze. She traces back tail-female to the great broodmare Hail Proudly, whose descendants include G1 winners Symboli Kris S., Well Armed, and American Patriot, along with numerous other stakes winners. Despite being foaled in June, Analyzeyurspending actually made her debut as an April 2yo, demonstrating remarkable precocity. After placing at the maiden special weight level in her first start, she went on to break her maiden by almost 6 lengths in July of her freshman season. Even more impressive is how incredibly durable she proved herself to be, racing an amazing 19 times before her actual birthday as a 3yo. She finished in the top 3 in 12 of her career starts and earned $58,929 at the time of her retirement.

Analyzeyurspending's dam, Stopspendingmaria, is the daughter of Montbrook. As a 2yo she was second in the G3 Schuylerville after enduring a rough trip in which she was bumped repeatedly on the backstretch. In addition to Analyzeyurspending, she is also the dam of the exciting Blewitt, a son of Uncle Mo who recently placed third in the Lubash Stakes on turf (his first attempt on the surface). In 12 career starts thus far, Blewitt has won 4 times (finishing in the top 3 a total of 8 times) and earned over $186,000. He is also owned (and was bred) by Repole Stable and is trained by Hall of Famer Todd Pletcher. Stopspendingmaria has also produced the Uncle Mo filly No Mo' Spending, who sold for $180,000 as a yearling and who recently debuted at the maiden special weight level at Churchill Downs and has been entered at the same level at Saratoga this coming week.

George Adams of Housatonic Bloodstock planned the initial mating with Blofeld, back when Quality Road was standing for "only" $70,000 rather than the lofty $200,000 fee he stands for today. That just makes this yearling colt that much more exciting. The match of Quality Road and his sons over Dixie Union-line mares is good for an A++ TrueNicks rating, with some of Quality Road's best progeny produced on this cross, including Caledonia Road, Salty, and Klimt (all G1 winners). Even G1 Goldmine agrees that this is a highly productive breeding pattern, marking it as a 20/20 match, with 4 different top-class graded stakes winners produced from it.

Based on his family history, this Blofeld colt would be expected to perform best while sprinting on the dirt, although he could stretch out to around a mile with the right foundation. 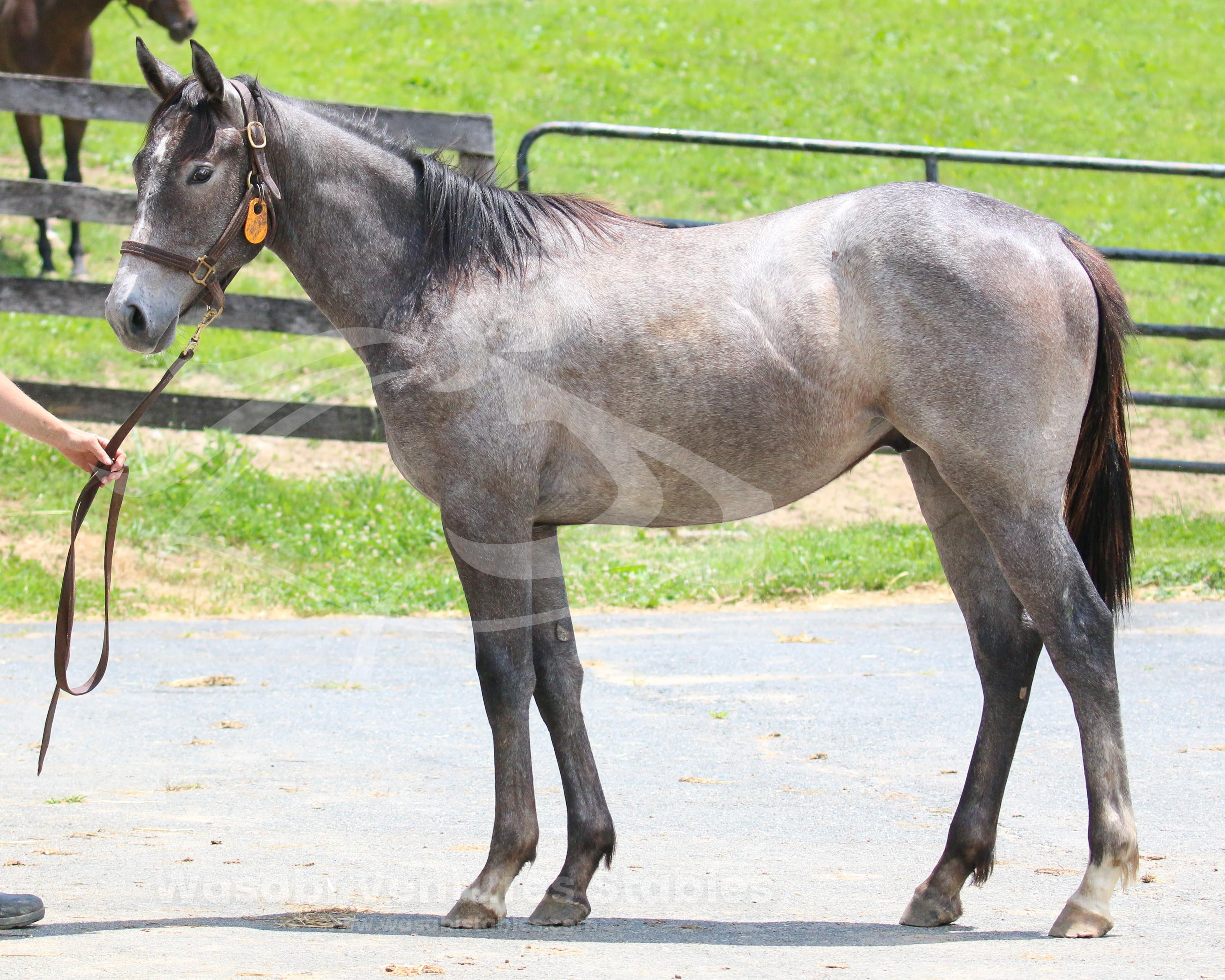