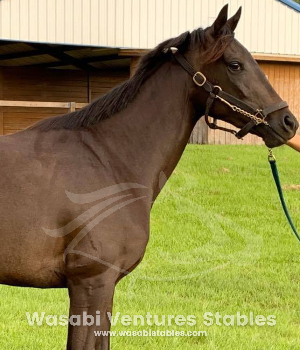 Our Treasure, by Repent

We initially purchased X Marks the Spot from the OBS October Yearling Sale, as hip #551.

Now that the Yearling Program has passed, this filly is now available for purchase at her new price basis of $38,500. This price basis represents the original purchase price plus 4 quarters of expenses times a risk factor of 2 for those that purchased early in the horse.

This Florida-bred filly by Bahamian Squall has lovely conformation and vetted cleanly at the auction last fall. She is in training at Gulfstream Park. Adam Parker, who trained her at the Nelson Jones Training Center in Ocala, had the following to say about X Marks the Spot:

X Marks the Spot has been radiographically evaluated for knee closure. Both joints are completely closed and she has begun the process of work necessary to bring her safely to her first published work. Although she has not grown a lot in stature, she has matured and is training well as we move off her 30 day break. She has been schooling in the gate, and has handled herself well. Approximately 45 days ago, she was outwardly “antsy”, jigging to and from the track. She has matured measurably since and is flat-footed down and back, a good turn for her. The filly worked this morning, and easy 1/4 mile in 30.65, galloping out 3/8 in 46.85 seconds. All in all a good outing. She came back in good order and was in the feed tub.

The plan is for this horse to race in Florida.

Hip 551 is a lovely filly by Bahamian Squall bred by our very own Adam Parker, bloodstock agent and WVS Director of Equine Operations, and his wife Suzette. This filly is out of the Repent mare, Our Treasure. Bahamian Squall, a son of the breed-shaping stallion Gone West, was a Grade 2 winner of over $582,000 on the track and was 2nd in the G1 Vanderbilt at age 4. He is a freshman sire of 2019 in Florida.

This filly is the first foal out of Our Treasure, a mare by Repent, who himself is by Louis Quatorze. Our Treasure had a colt by Flashback this past spring and is currently in foal to Warrior's Reward for 2020.

Hip 551's second dam is Susie Smile, a daughter of Smile. All 10 of Susie Smile's foals have made starts on the racetrack, which is an impressive achievement for a broodmare. Of those, 6 are winners and 2 are stakes winners, while another is stakes-placed. Two of her foals also sold for $95,000 and $120,000 as yearlings.

Susie Smile's most successful progeny is Straight Faced, by Straight Man, who earned a remarkable $269,800 in only 7 career starts. He won 5 races, 4 of which were stakes races. Not only that, but he actually established a new track record with his victory in the Florida Thoroughbred Charities Stakes. He broke his maiden by 5 lengths going 4.5F on dirt at Calder (now known as Gulfstream Park West) but later won up to 7F and also on synthetic. Upon retirement, he stood stud in Florida.

Susie Smile's other stakes winner is Katy Smiles, who won over $225,000 in purses in 23 starts, with 10 wins and 18 on-the-board finishes. She proved herself to be remarkably consistent from ages 2 to 5 on the track and scored wins in 4 stakes races at Canterbury and Turfway Park. She broke her maiden by over 6 lengths going 5.5F on dirt at the maiden special weight level, although she won at up to 6.5F and dominated in each of her stakes wins by open lengths.

The last of Susie Smile's progeny to earn some form of blacktype was Trippin' Along, by Trippi. She earned over $114,000 in 18 career starts, where won 4 times and hit the board in half of her races. She won on both dirt and turf between 5-6F. She finished a fast-closing 2nd in the Lightning City Stakes at Tampa Bay Downs, where she was steadied on the turn, came into the stretch 7-wide and closed from dead last in a field of 10 in the stretch to just miss out on the win by the barest nose.

The mating that produced this filly is rated an A++ on TrueNicks, based on the cross of Gone West and his progeny and Louis Quatorze and his progeny. This cross seems to be particularly potent for fillies bred on this pattern, as a remarkable 17% of its starters have turned out to be stakes winners, with another 8% that are stakes placed. Additionally, both Straight Faced and Trippin' Along were bred by Adam & Suzette Parker, who have a proven pattern of success with this female family. 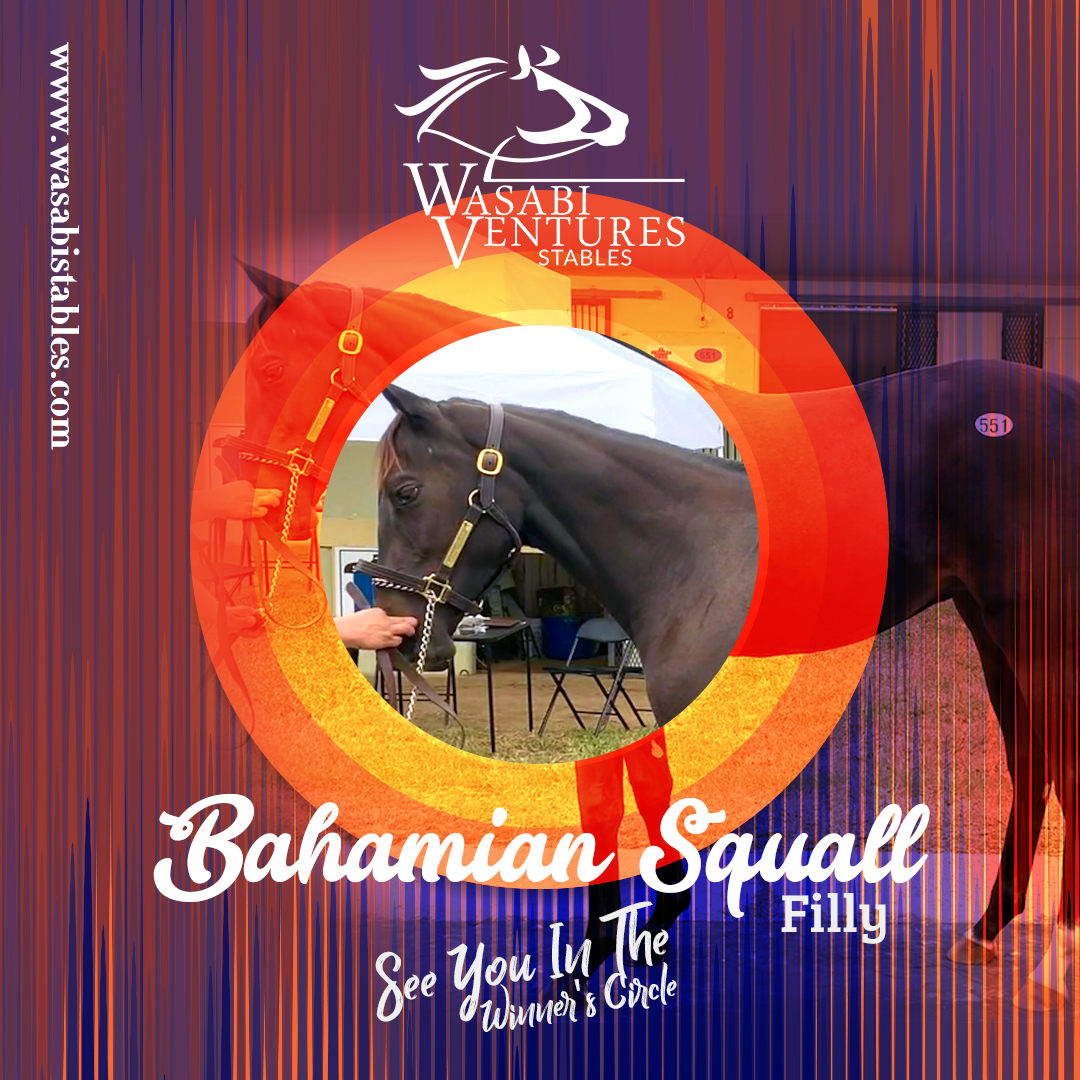 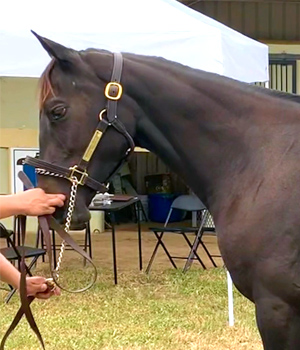 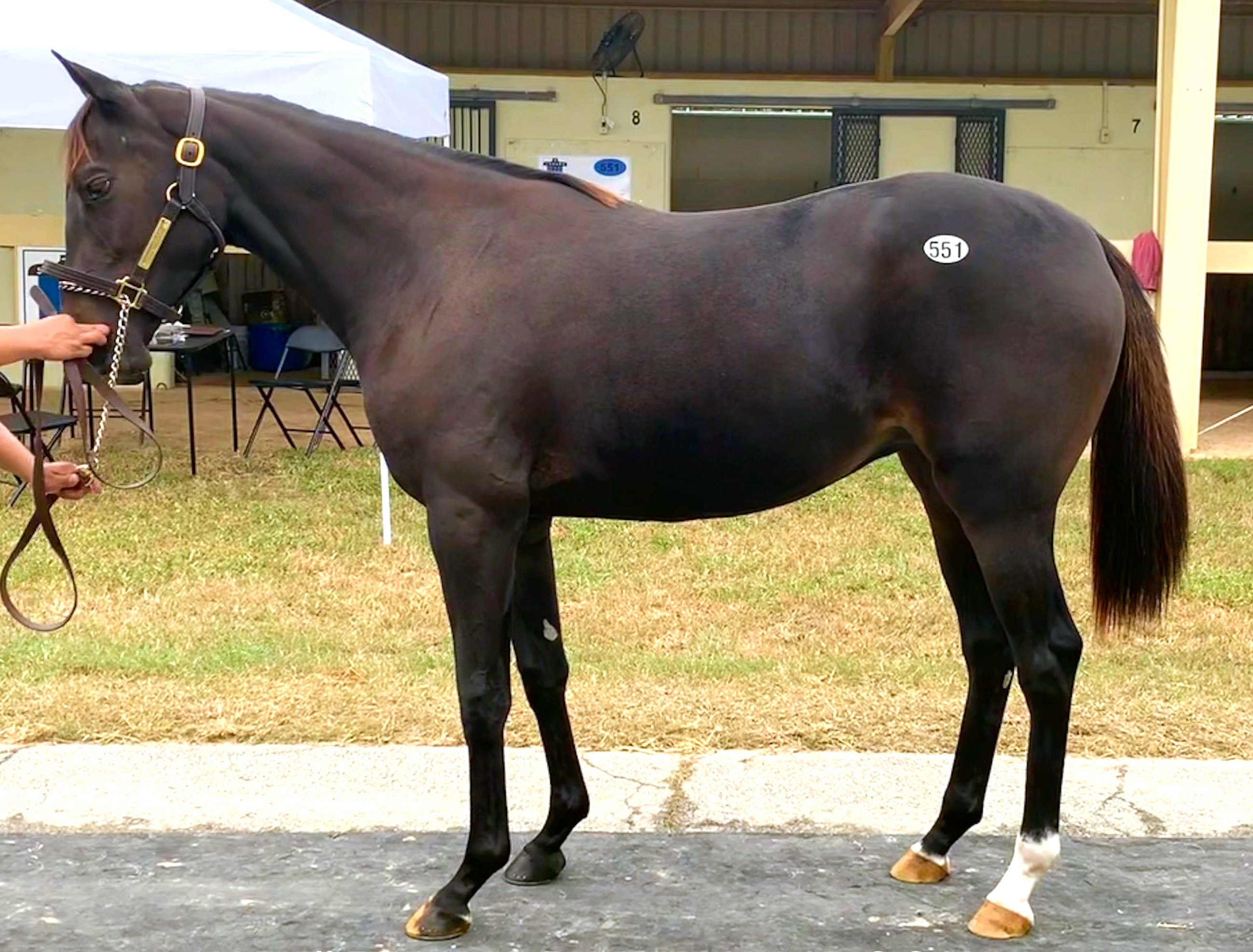 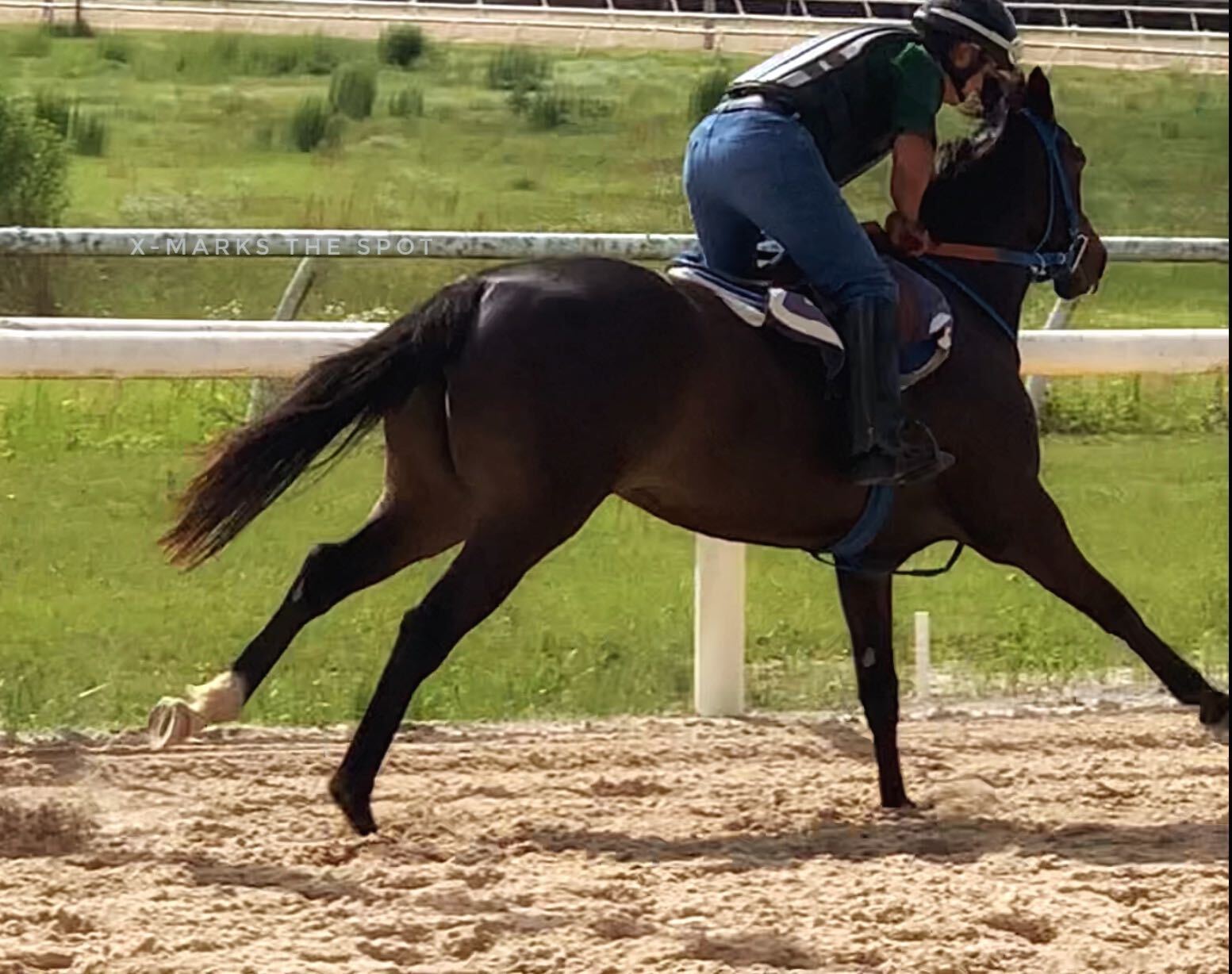 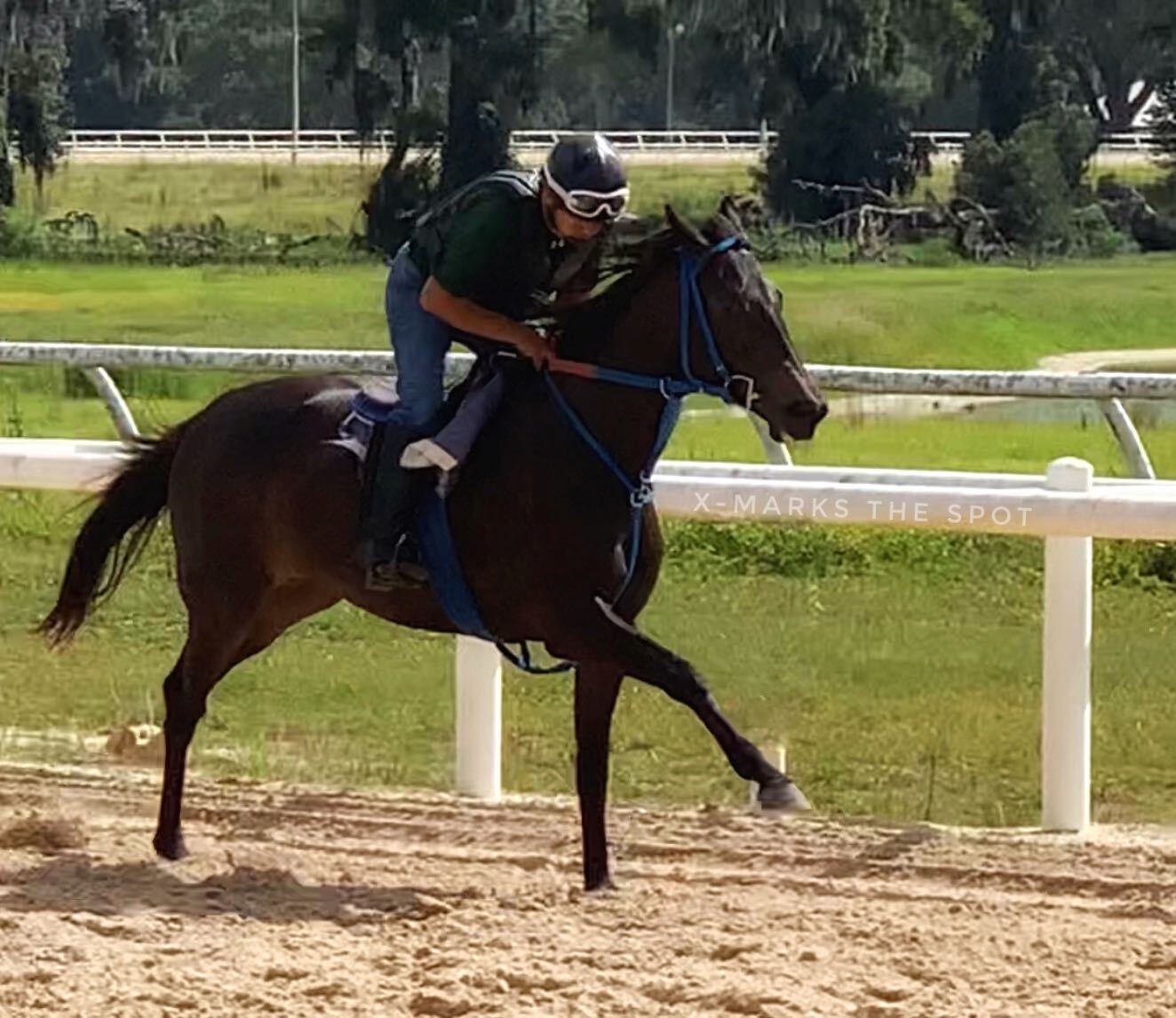 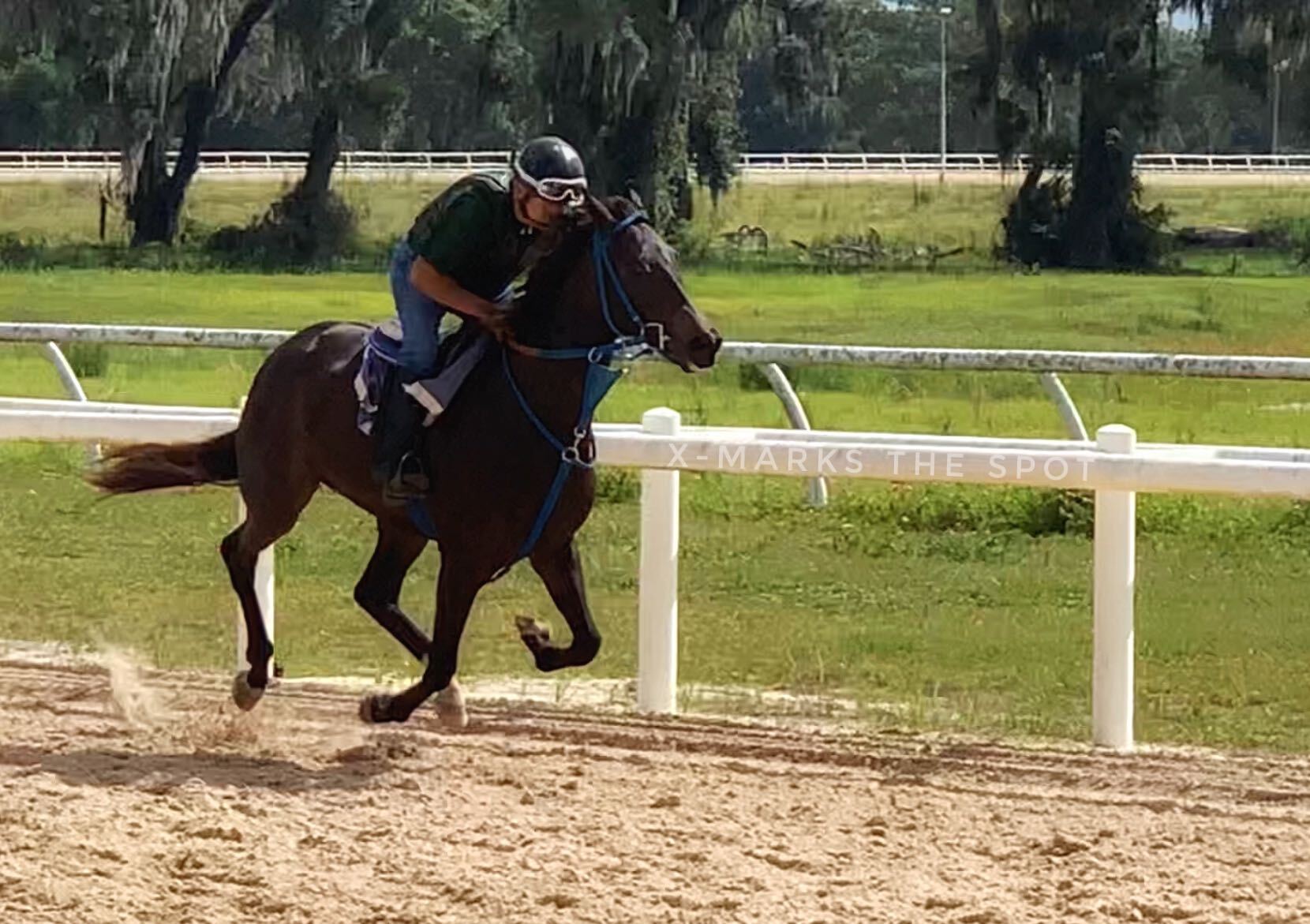 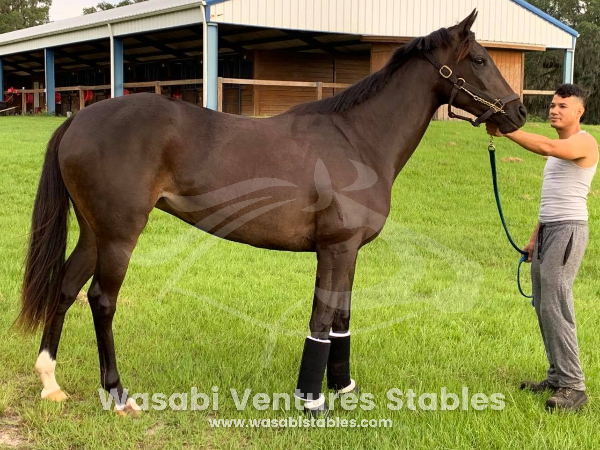