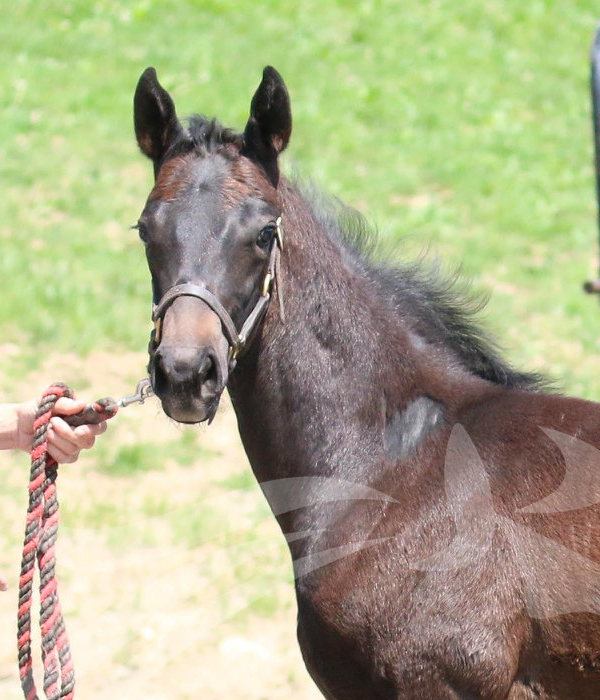 UPDATE on 6/21/20: Campaign Vows checked in foal to Force the Pass.

UPDATE on 3/19/19: Campaign Vows delivered a healthy filly by Golden Lad. We have nicknamed her Cookie.

UPDATE 12/18/18: Campaign Vows is currently boarded at the lovely Greenmount Farm after being bred to Golden Lad in late March. She is healthy and we are hopeful for a March 1st birth.

UPDATE on 9/14/18:  Our broodmare offering for Campaign Vows sold out in 1 hour and 45 minutes to our Club members

Campaign Vows was a stakes-placed winner on the racetrack who hails from one of the most productive female families cultivated by renowned Maryland breeder Sycamore Hall Farm.

Campaign Vows is by the top class runner and stallion Broken Vow, who is now a rising star in the broodmare sire ranks, as well, his daughters having produced Eclipse Champion Sprinter Runhappy, Grade 1 winner Big World, and over twenty stakes winners.

Her dam, Who’s Cozy, placed in a Grade 3 at Saratoga plus a pair of other stakes races, and in addition to Campaign Vows, Who’s Cozy has produced the stakes winner Who’s In Town (who actually crossed the line first in a Grade 2 race at Saratoga as a 2-year-old) and two other winners, as well as the unraced filly Who’s In Love, the dam of stakes-placed 2-year-old winner Buff’s in Love.

Who’s Cozy is out of Who Did It and Run, who beat males in the Grade 2 Jersey Derby and also won three other stakes races during a nine-win career that saw her earn $325,756.  Who Did It and Run’s other foals include four-time stakes winner and Grade 3-placed Giant Run, plus stakes winner American Victory (dam of a stakes-placed winner), and five other winners.  Also appearing under Campaign Vows’ third dam is Grade 2 winner Hangover Kid.

Campaign Vows herself was a maiden special weight winner at a mile-and-a-sixteenth and also took a one mile allowance, both victories coming as a 3-year-old and on the grass.  She subsequently closed her sophomore campaign with a 3rd-place finish in the Squan Song Stakes going 7 furlongs on dirt.

Campaign Vows has so far produced two foals to race, a 2013 Jump Start filly named Jump For Trump, who won two races and $52,299, and a 2014 Flatter filly named Baltimore Beauty, who has won four races and $90,569, with three of those victories coming in 2018.  Campaign Vows also has a 2-year-old filly by El Padrino named Ellie Liesalot (unfortunately her would-be 3-year-old filly and her foal of 2018 both met with untimely demises).

Campaign Vows is currently pregnant on a March cover to the exciting young Maryland sire Golden Lad, a Graded Stakes-winning son of one of the country’s top stallions, Medaglia d’Oro, and his dam is a half-sister to last year’s Leading Freshman Sire, Dialed In.  Golden Lad’s first runners will reach the races in 2019, and he covered more mares in his first year at stud (104) than any other stallion in Maryland did that breeding season.  His first yearling to sell this year brought $26,000, off of his advertised stud fee of $5,000.

The foal by Golden Lad out of Campaign Vows will be eligible for the Maryland Million series, as well as the lucrative Maryland-bred bonuses — which will be split with the University of Maryland’s Equine Program, from whom Campaign Vows was acquired. 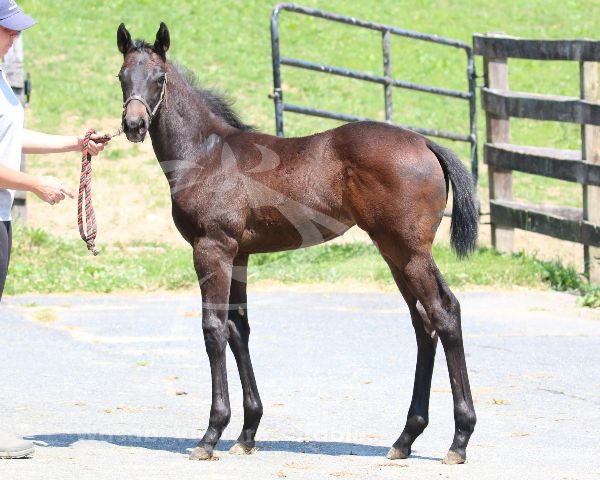 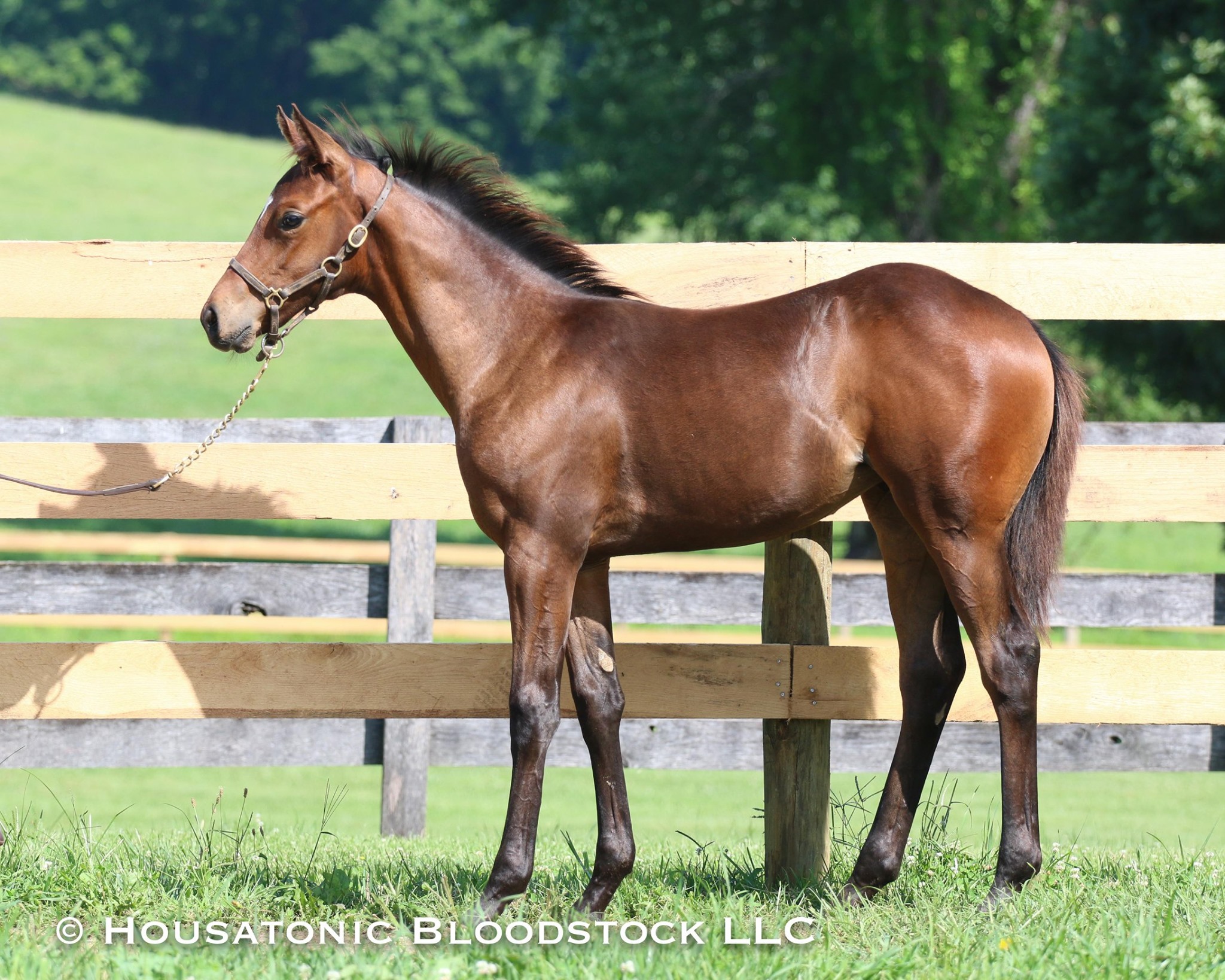 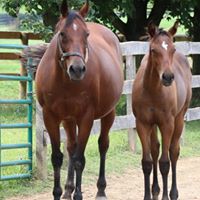 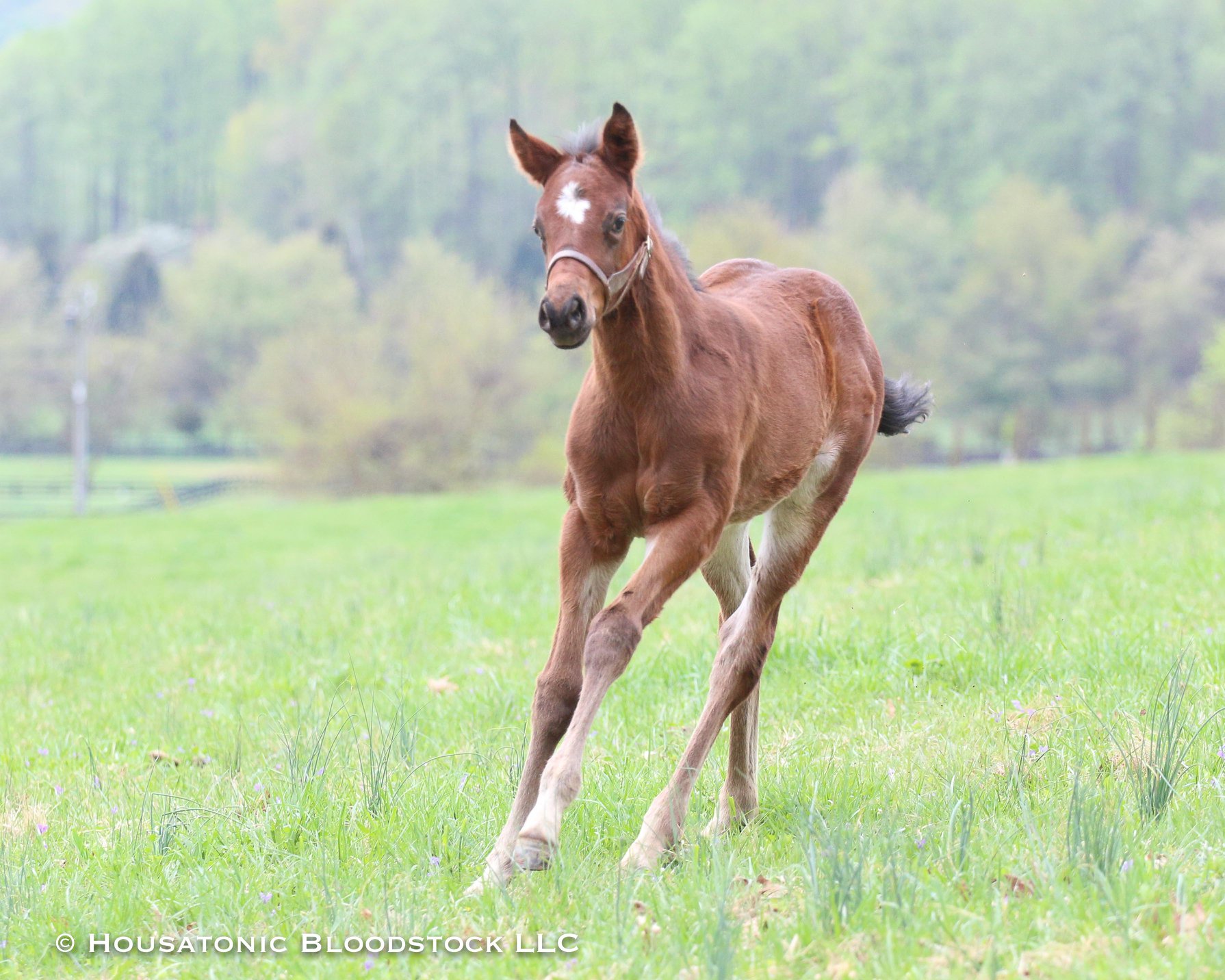 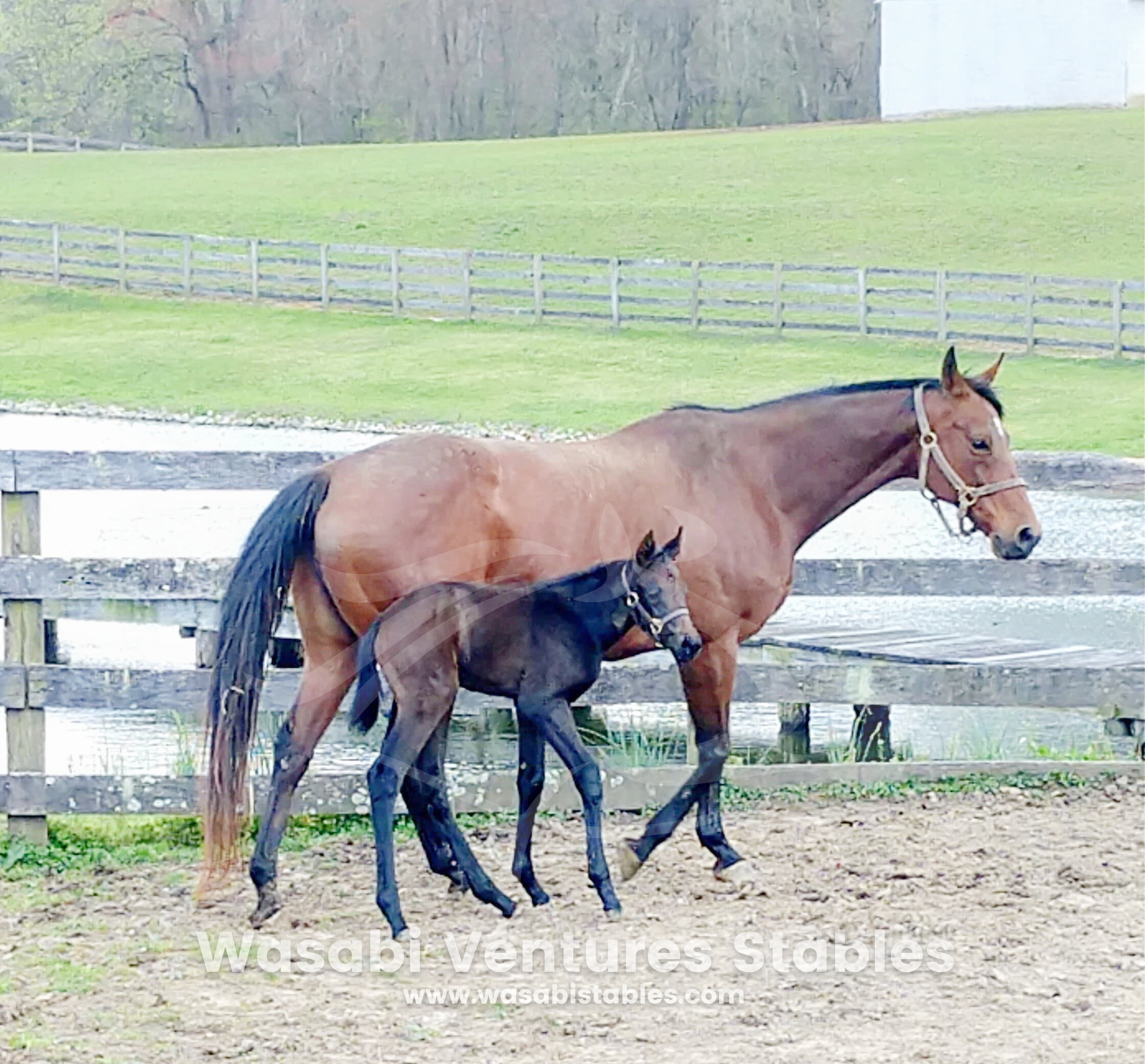 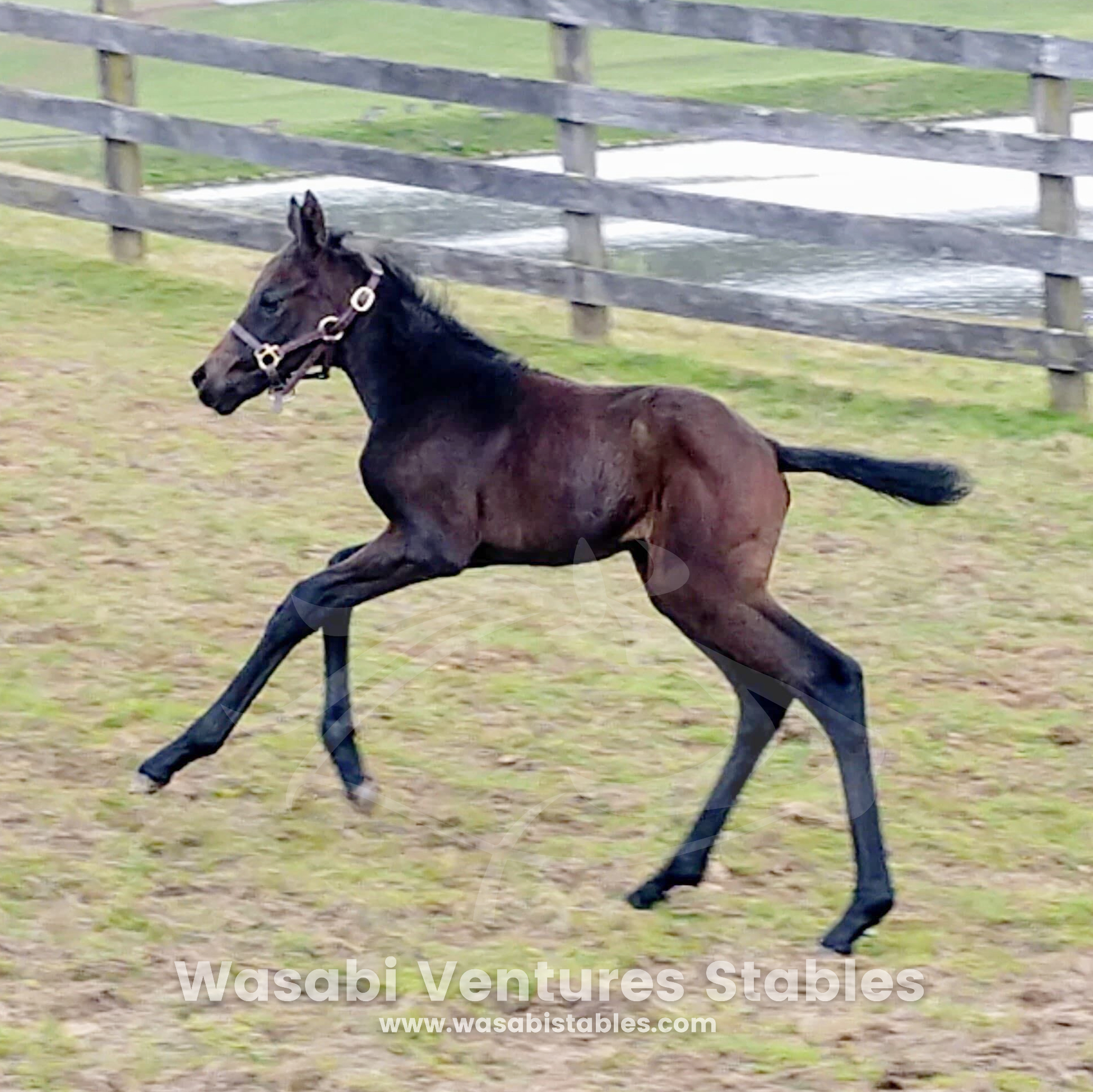 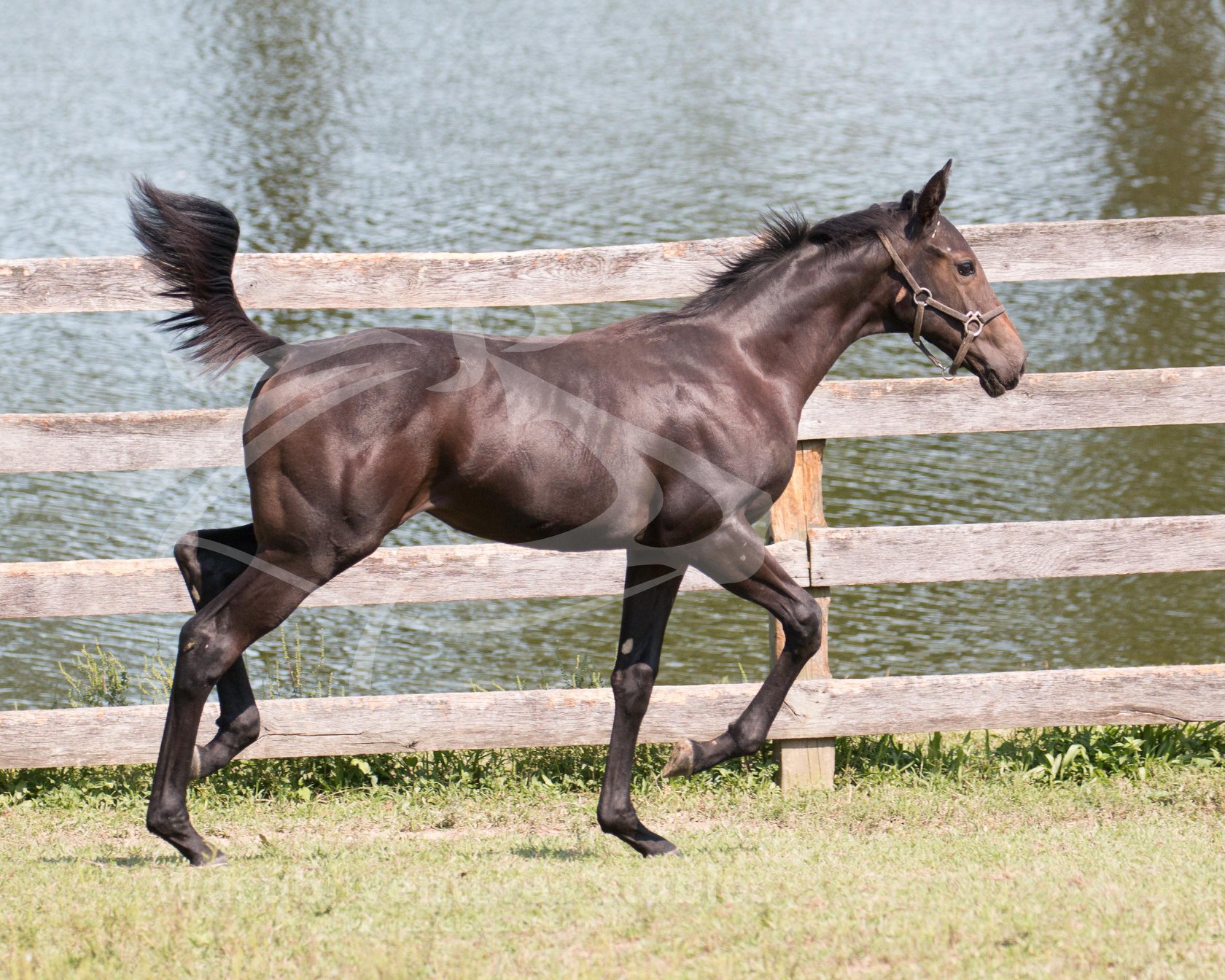