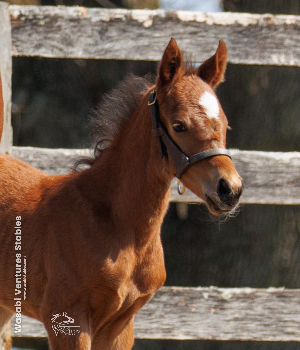 Maiden mare Coffee Pond[IRE] comes from the deep European family of heavyweights Moonlight Cloud, Generous, and Imagine, and as the opportunities for turf horses continue to expand in the U.S., not to mention the commercial viability of turf horses, we think she will be an excellent fit for Claiborne's exciting young stallion Demarchelier[GB].

A beautiful and beautifully-bred colt in the classic European mold, Demarchelier actually campaigned in the States after Peter Brant's White Birch Farm purchased him for the equivalent of $592,486 as a yearling at Tattersalls on the advice of Mike Ryan and Chad Brown.  Demarchelier scored in his lone 2-year-old start, then took a Keeneland allowance in his first sophomore appearance to earn TDN Rising Stardom, prior to stepping into stakes company and triumphing in the G3 Pennine Ridge at Belmont with a big late run.  All three of those wins came at just over a mile, though his pedigree suggests he would have stretched out further had he had the chance before a bad step in the G1 Belmont Derby ended his career.

In addition to being by indisputably the second-best stallion in Europe over the last 5 years or so in Dubawi (sire of no fewer than 44 G1 winners to this point, including 2020 Euro HOTY Ghaiyyath, and also a successful sire-of-sires with his stallion sons including Night of Thunder and Makfi (himself the grandsire of 2021 dual surface G1 winner Mishriff), Demarchelier comes from the classic female family of Quarter Moon and Yesterday, both G1-winning full-sisters to his dam (and Quarter Moon is also the dam of a G1 winner).  Demarchelier is bred on the successful Dubawi/Sadler's Wells cross, while his dam is a product of the successful Sadler's Wells/Darshaan nick.

Coffee Pond, meanwhile, comes from an equally deep and successful female family, as her 4th dam, Doff the Derby, produced Epsom and Irish Derby (both G1) winner Generous, Oaks and 1000 Guineas (both G1) winner Imagine (subsequently the dam of 5 stakes winners, 3 of them G1 winners, including 2020 2YO G1 winner Van Gogh).  Doff the Derby is also a half-sister to Eclipse Champion Trillion (dam of Triptych).  Closer up in Coffee Pond's pedigree, her own dam is a half-sister to 6x G1 winner Moonlight Cloud and stakes winner Cedar Mountain.

Coffee Pond is the first foal out of her dam, the Montjeu mare When In Doubt, and was purchased at Tattersalls as a yearling by top bloodstock agent Liz Crow.  Coffee Pond's year-younger half-sister is by Invincible Spirit (sire of Moonlight Cloud) and was purchased by Mike Ryan for the equivalent of $203,475 at Tattersalls as a yearling and will be trained by Chad Brown, while there is a just-turned yearling half-brother to the pair by Roaring Lion also in the pipeline.  When In Doubt has a just-turned 3YO half-sister by Kingman named Vouchsafe who was placed last week in her first start for Moonlight Cloud's connections (George Strawbridge &amp; Freddie Head), and her 2YO half-brother is by Frankel.  And Moonlight Cloud has a 2YO colt by Dubawi named Moon Watch and a yearling filly by Sea the Stars working for her.

All of which is a long way of saying that this is a wonderfully classy family that is still very active, with plenty of chances for updates in the near future.

The cross of Demarchelier with Coffee Pond is an extension of the successful Dubawi/Galileo cross that has produced two of Dubawi's top runners in Night of Thunder and Ghaiyyath.  Interestingly, the foal from this mating will be inbred 3x5x4 to Sadler's Wells, given that Coffee Pond is by a grandson of Galileo and out of a daughter of Montjeu (they being Sadler's Wells' two best sire sons).  There are already at least 3 stakes winners out of mares inbred to Sadler's Wells, including a G3 winner by a son of Dubawi, and 16 G1 winners inbred to Sadler's Wells in the 3rd and/or 4th generations (including North American G1 winners Divisidero, Kitten's Dumplings, and Sadler's Joy, but not including the world champion Enable, who is inbred even more closely -- 3x2 -- to Sadler's Wells).In addition to all of these pedigree reasons to believe in the potential of the foal from this pairing, Demarchelier and Coffee Pond are also a very strong case of like-to-like physically, both being well-balanced, good-bodied, medium-sized individuals, and we look for them to produce a foal that takes after their families both physically and in terms of racing ability! 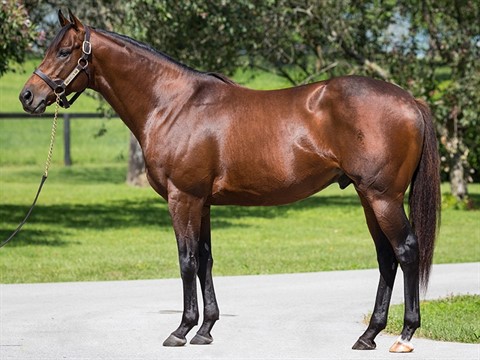 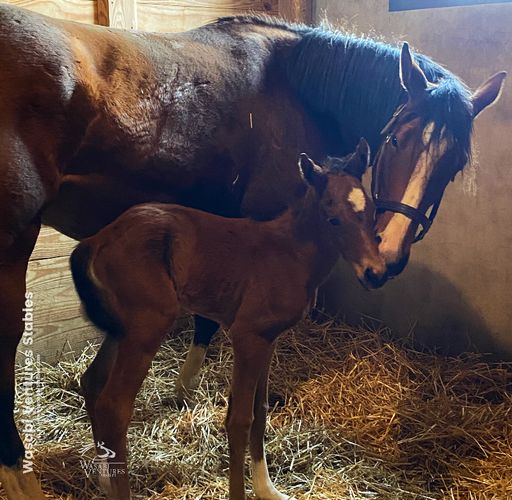 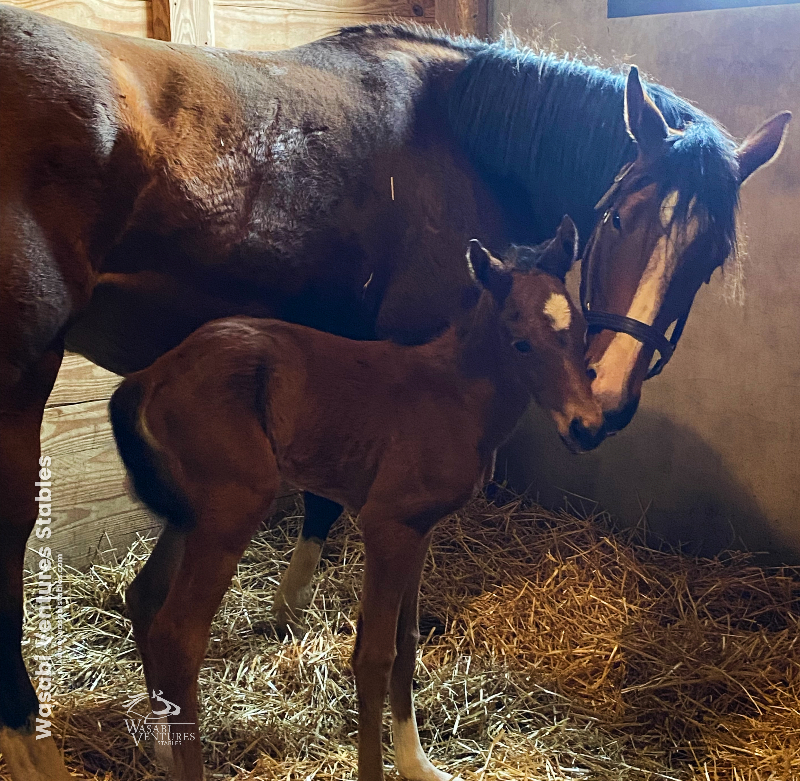