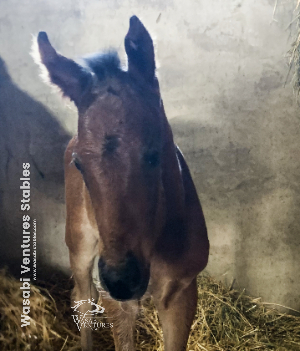 UPDATE 4/27/21: Settle It delivered a healthy colt, who we have nicknamed Swiss.

Settle It, a full-sister to a stakes winner and another still-active stakes-placed winner, who raced for Wasabi Ventures Stables in her 4yo year, has been retired and will be bred to the exciting new Kentucky stallion, Demarchelier. You can find a full pedigree analysis of Settle It here.

Purchased at Tattersalls for the equivalent of around $590,000 as a yearling by the team of Chad Brown and Mike Ryan, Demarchelier’s purchase price is a testament not only to his exceptional good looks, but also his world class pedigree. He is a son of the world-renowned Dubawi and is out of a mare who is a full-sister to two Grade 1 winners, one of which is a Grade 1 producer as well. Demarchelier debuted as a fall 2yo and went on to be undefeated in his first three starts for Eclipse Award-winning trainer, Chad Brown. An unlucky injury, unfortunately, forced his retirement, but he showed plenty of brilliance on the racetrack.

While Dubawi’s sons are still in the very early stages of their stud careers, he has already sired the extremely promising young stallion, Night of Thunder. Like Demarchelier, Night of Thunder is a product of the Dubawi x Sadler’s Wells-line cross. He was the leading European first-crop stallion in 2019 and sired a sensational 7 juvenile stakes winners, including Night Colours, Under the Stars, and Pocket Square.

The resulting foal from this mating would be expected to perform well on turf, since most of Settle It’s success was achieved on that surface and Demarchelier was raced exclusively on the turf (with a heavily European pedigree). Yet, there is enough in their pedigrees to suggest that the resulting foal could show talent on the dirt as well. This sort of versality is always always beneficial for a racehorse. For one, Dubawi is a son of Dubai Millenium who scored Grade 1 victories on both dirt and turf, and who in turn is a son of Seeking the Gold, who raced exclusively on the dirt in the United States. Dubawi himself has also sired a number of highly successful dirt runners, including G1 Dubai World Cup winners Prince Bishop and Monterosso, as well as G1 Awesome Again winner Mubtaahij. Furthermore, while Settle It only won on the turf, her dam was primarily campaigned on the dirt, and her stakes-winning full-brother, Jimmy Bouncer, won about two-thirds of his races and purses on the dirt, while the rest was accomplished on turf.

Settle It showed a great deal of early speed in her best race sprinting on the downhill turf course at Santa Anita. Demarchelier, on the other hand, had a tremendous closing kick around two turns on the turf. With any luck, the two will complement each other’s strengths and result in a foal with tactical speed who excels sprinting up to around a mile.

This cross – Dubawi and his sons over Mr. Prospector-line mares – has resulted in no less than 7 Grade 1 winners all over the globe, including the likes of Postponed, Prince Bishop, New Bay, Secret Admirer, Zarak, Almanaar, and Shamal Wind.

Physically, both Settle It and Demarchelier are well-conformed, nicely balanced horses that should result in a similarly attractive foal. Settle It may provide a little more substance to the pairing, as Demarchelier has a lighter, more European build. 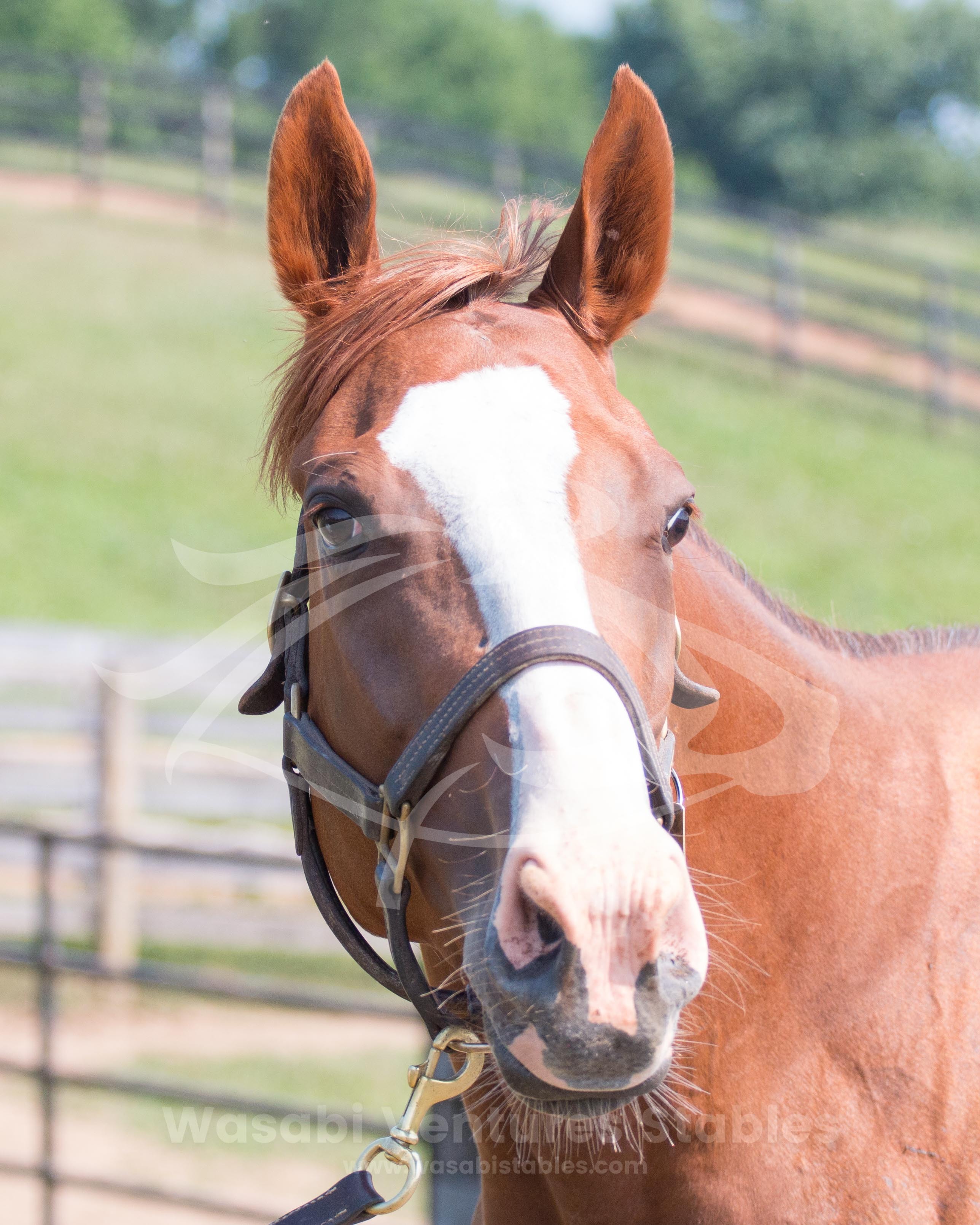 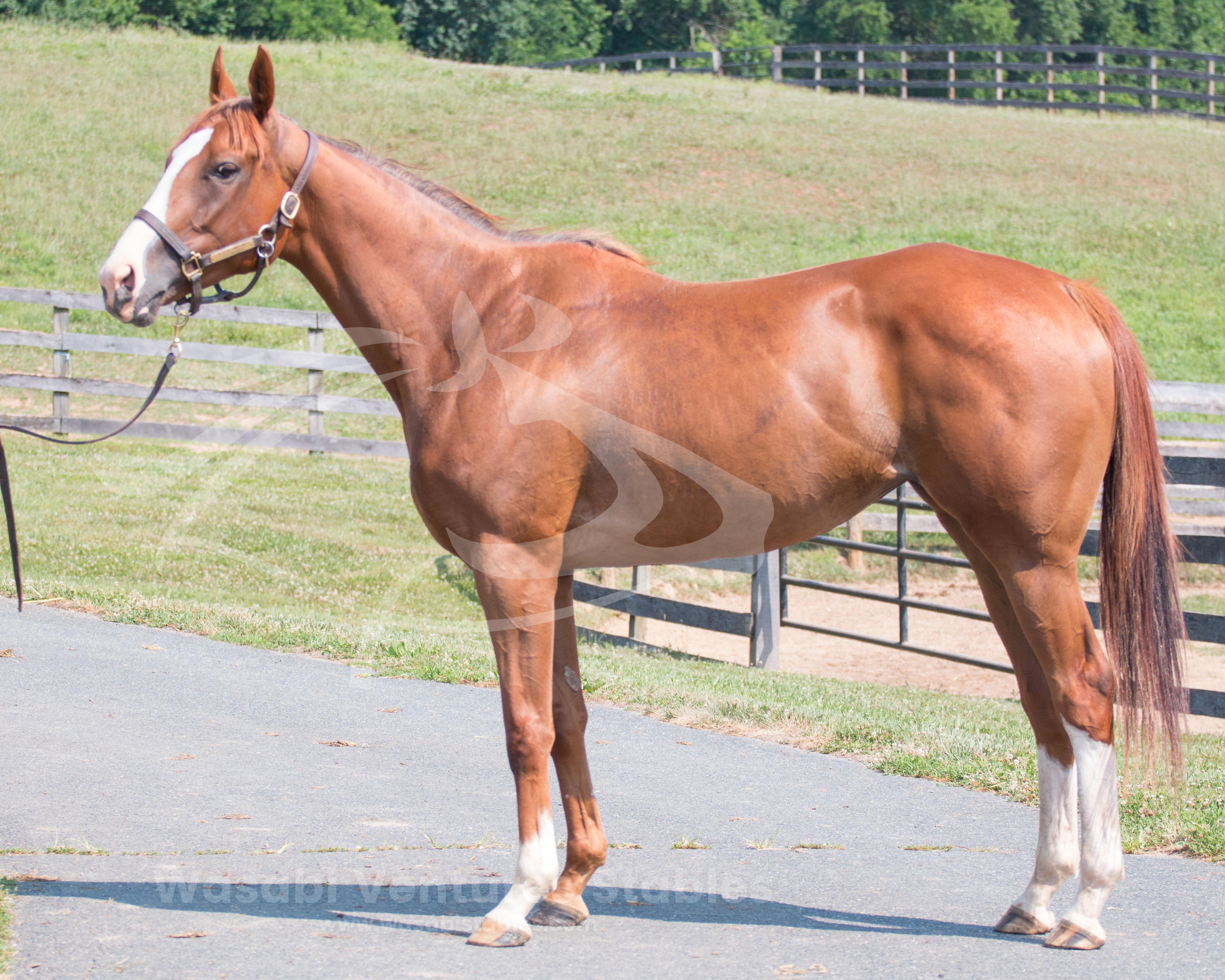 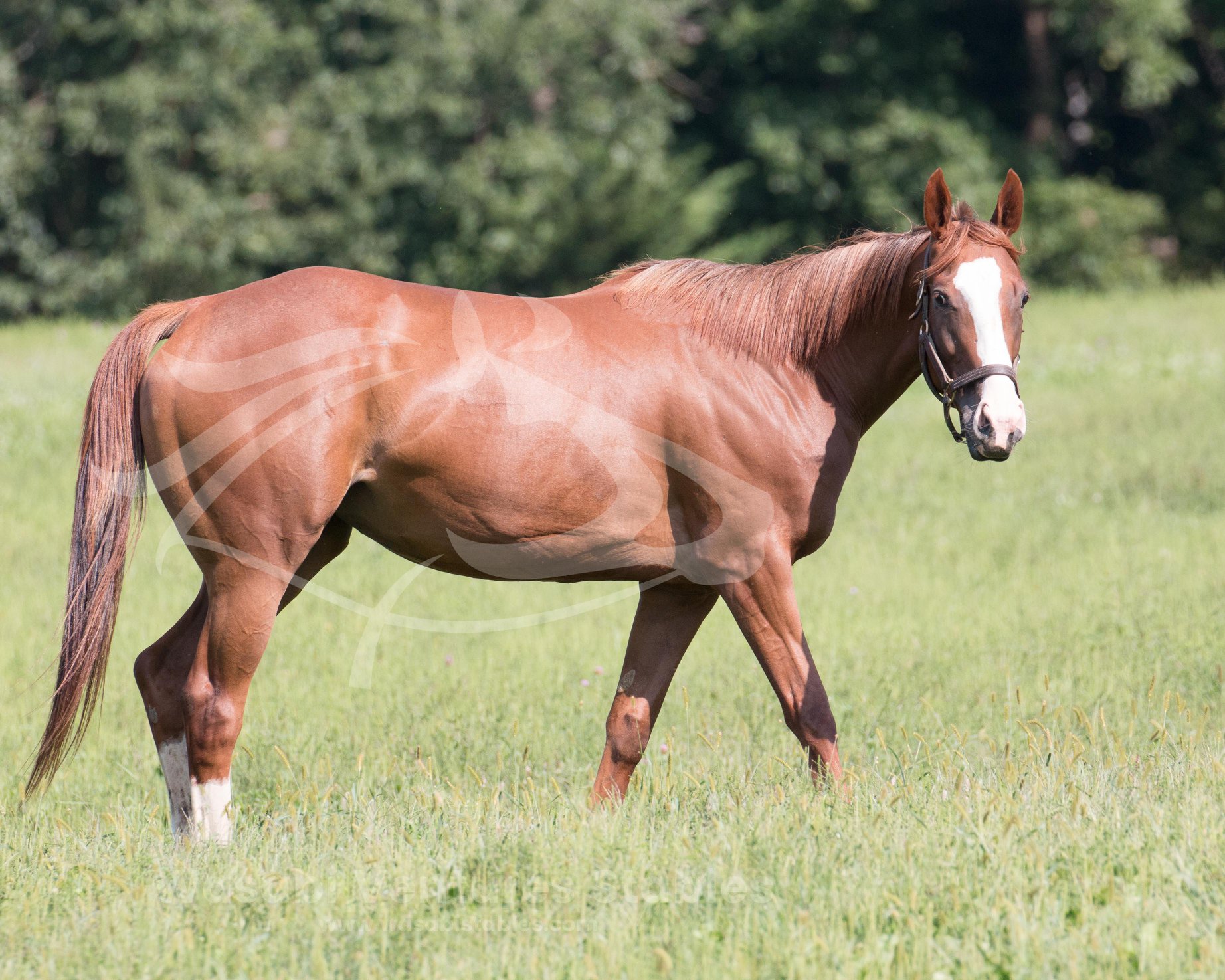 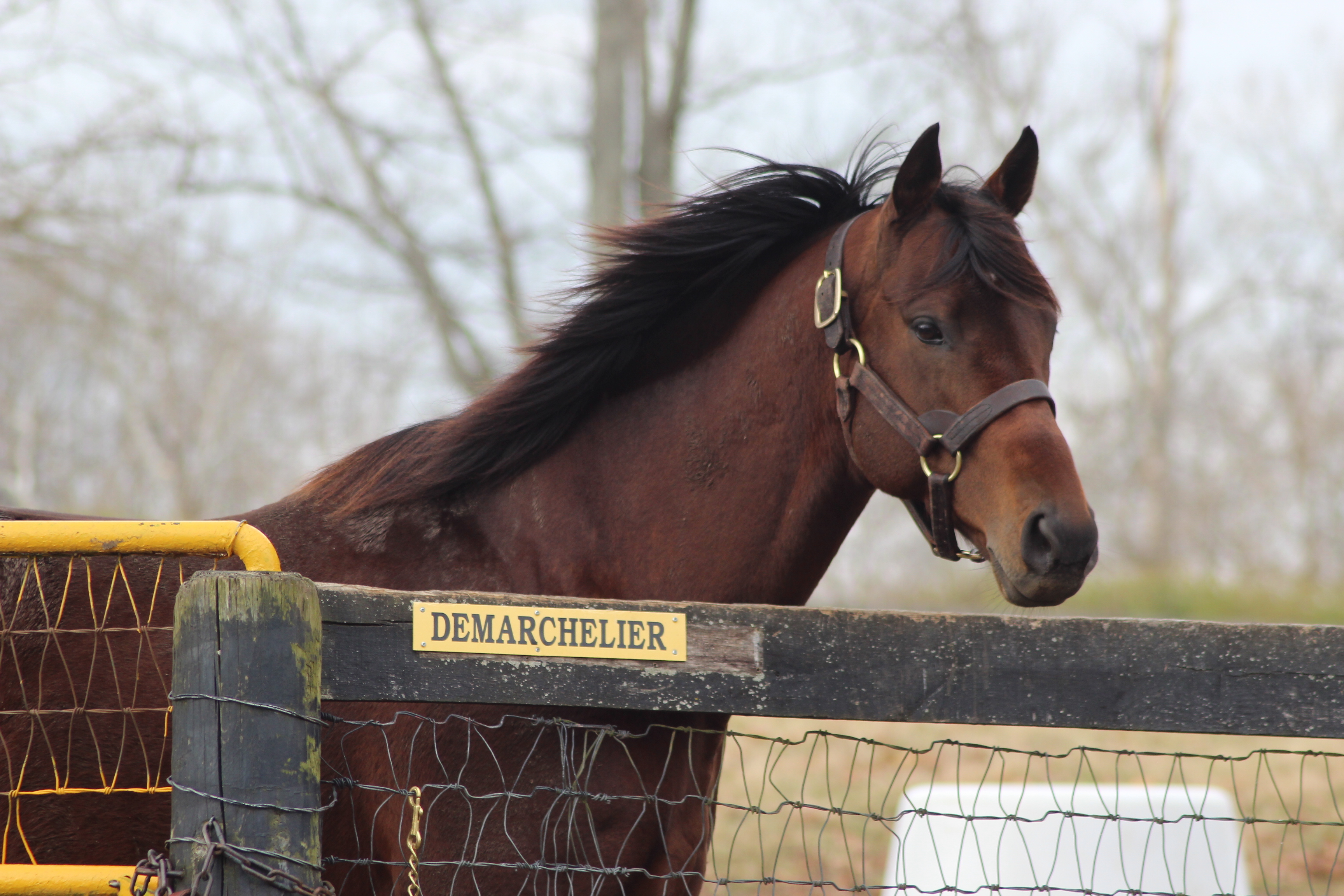 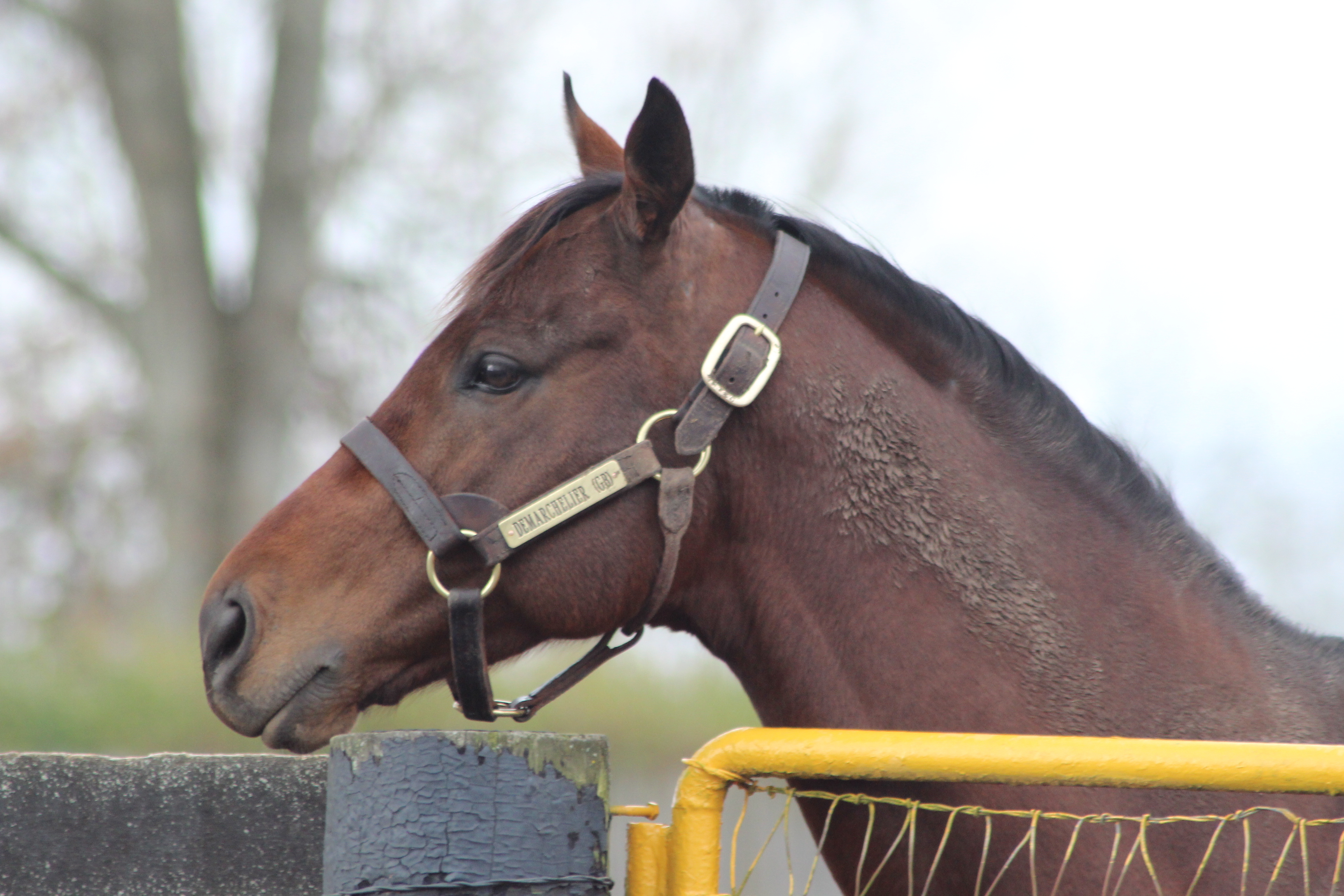 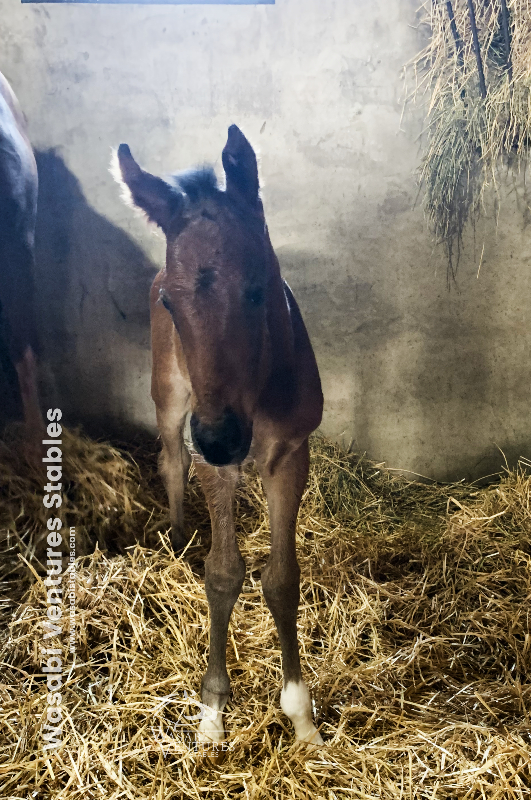