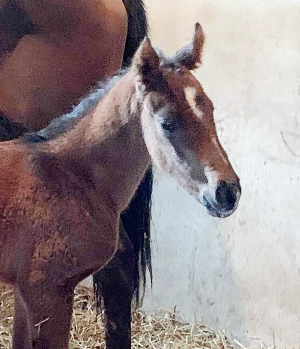 About the Mating:
As a successful runner and proven black-type producer, from a family of durable, hard-knocking campaigners, Straight Blues will make an excellent match for Wasabi's first-year Maryland stallion, Force the Pass.

Straight Blues is by Straight Man, himself a son of Saint Ballado, and this has been a successful cross already, with a son of Speightstown having produced the Grade 2 winner (7-for-9 in her career) Break Even out of a Saint Ballado mare, while Speightstown himself has produced a stakes winner and four more black-type horses out of Saint Ballado daughters.  Straight Blues's dam, The Midnight Blues, is by Cure the Blues, and he is the broodmare sire of Breeders' Cup Sprint-G1 winner Cajun Beat by a son of Gone West (Speightstown's sire), with three more stakes winners out of his daughters and by other sons or grandsons of Gone West.

Both Saint Ballado and Cure the Blues trace tail-male to Hail To Reason, making Straight Blues inbred 4x4 to that former Champion Juvenile (winner of 9 of his 18 starts, all before September of his 2YO year -- can you imagine?!).  Her foal with Force the Pass will thus have Hail To Reason 5x7x5x5, which is a pattern that we think will be very successful for Force the Pass -- inbreeding to Hail To Reason (or his sire Turn-To or son Roberto) has been a successful move, and we love the idea of bringing two more crosses to the two strains that Force the Pass already carries, especially as the Gone West sire-line has worked so well with this blood independently of any inbreeding.

Beyond the paper pedigree matchup, Straight Blues was successful on both turf and dirt, and her progeny have been, too -- this bodes very well given that Force the Pass's sire and broodmare sire are both among the most versatile influences in pedigrees today -- he himself raced exclusively on turf, but has the build of a successful dirt horse and we fully expect his progeny to handle both surfaces.  Straight Blues also has imparted plenty of speed to her offspring so far, which is always a good thing to have.

Physically speaking, this is a perfect like-to-like pairing, too -- both stallion and mare have plenty of size and scope, while Straight Blues is a bit more refined, as you'd tend to expect.  Their foal should have plenty of size, not to mention speed, class, and versatility.

Straight Blues is a blacktype-producing broodmare by Straight Man, who was also an admirable racehorse in her own right. From 3 to 5, she made 17 career starts, with 4 wins, 4 seconds, and 2 thirds, and total earnings of $85,131. She broke her maiden on debut by open lengths while sprinting on the dirt, but she eventually proved herself to be just as talented on both surfaces, with wins at up to a mile. Straight Blues primarily raced at the allowance level, although she did make an appearance in a stakes race as well.

As a broodmare, Straight Blues has produced 7 foals, 5 of which have raced and 4 of which are winners. Her only non-winner, Star Leen, still showed some talent, with 11 second place finishes in 35 career starts from 2 to 8. Her best progeny is the stakes-placed gelding Show King. A son of Fantasticat, he won $131,081 from 3 to 8 with 7 wins (on both dirt and turf) and 15 additional placings from 6.5F up to 8.5F on the flat. He placed in the Genesee Valley Breeders' Stakes as a 4yo after a troubled trip, where he leapt into the air at the start had had to alter course in late stretch. Eventually, Show King went on to win as a steeplechase horse as well, showing off his versatility as a runner. Straight Blues has also produced the rock-solid runner, Show Prince, a gelding by Posse who has thus far earned $119,992. He broke his maiden by open lengths at the maiden special weight level at Aqueduct. In 9 career starts, he has won twice while sprinting on the dirt, with 2 seconds and a third. He even finished a solid 4th place in the Rego Park Stakes at Aqueduct just last year. Straight Blues has a 3yo filly by Micromanage who is training at Belmont but hasn't debuted yet, along with a yearling filly by Freud in the pipeline.

Straight Blues' dam, The Midnight Blues, is an unraced daughter of Cure the Blues (a son of Stop the Music). From 7 foals, she produced 6 starters and 4 winners. Her best progeny is The Midnight Skier, a gelding son of Appealing Skier. The Midnight Skier was a remarkably durable racehorse, making 88 career starts from 2 to 9 with earnings of $276,380. He scored 15 wins, with 18 seconds, and 16 thirds, primarily while sprinting on the dirt, although he did win at up to a mile.

Midnight Fleet, Straight Blues' second dam, is a stakes-placed daughter of Tank's Prospect (by Mr. Prospector). From 3 to 6, Midnight Fleet made 47 starts, with 11 wins, 11 seconds, and 10 thirds and $101,059 in earnings. As a 5yo, she finished second in the Imp Handicap at Thistledown. Most of her races were around a mile on the dirt. As a broodmare, she produced a pair of very successful runners in Happy Apple and Wyatt's High Noon. Happy Apple, a daughter of Citidancer, earned $137,344 in 52 starts from 2 to 6, with a remarkable 19 starts as a 3yo. She finished in the trifecta in 26 starts, with 7 wins. Wyatt's High Noon, a daughter of Allen's Prospect, proved just as hardy as her half-sister, with 40 career starts from 2 to 5 with $106,531 in earnings, 5 wins, 8 seconds, and 8 thirds. Midnight Fleet is also the granddam of stakes-placed winner, Halter Off, through her daughter, Reluctant Bride. 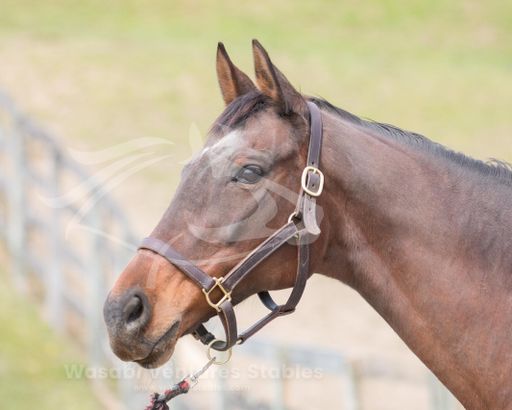 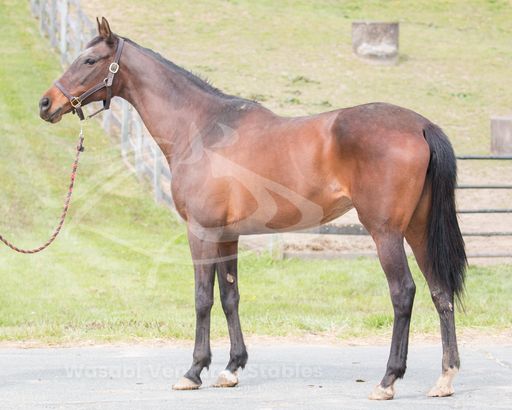 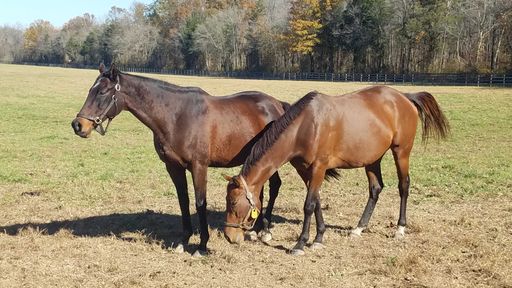 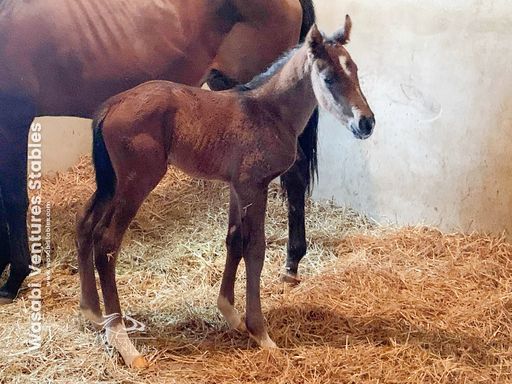 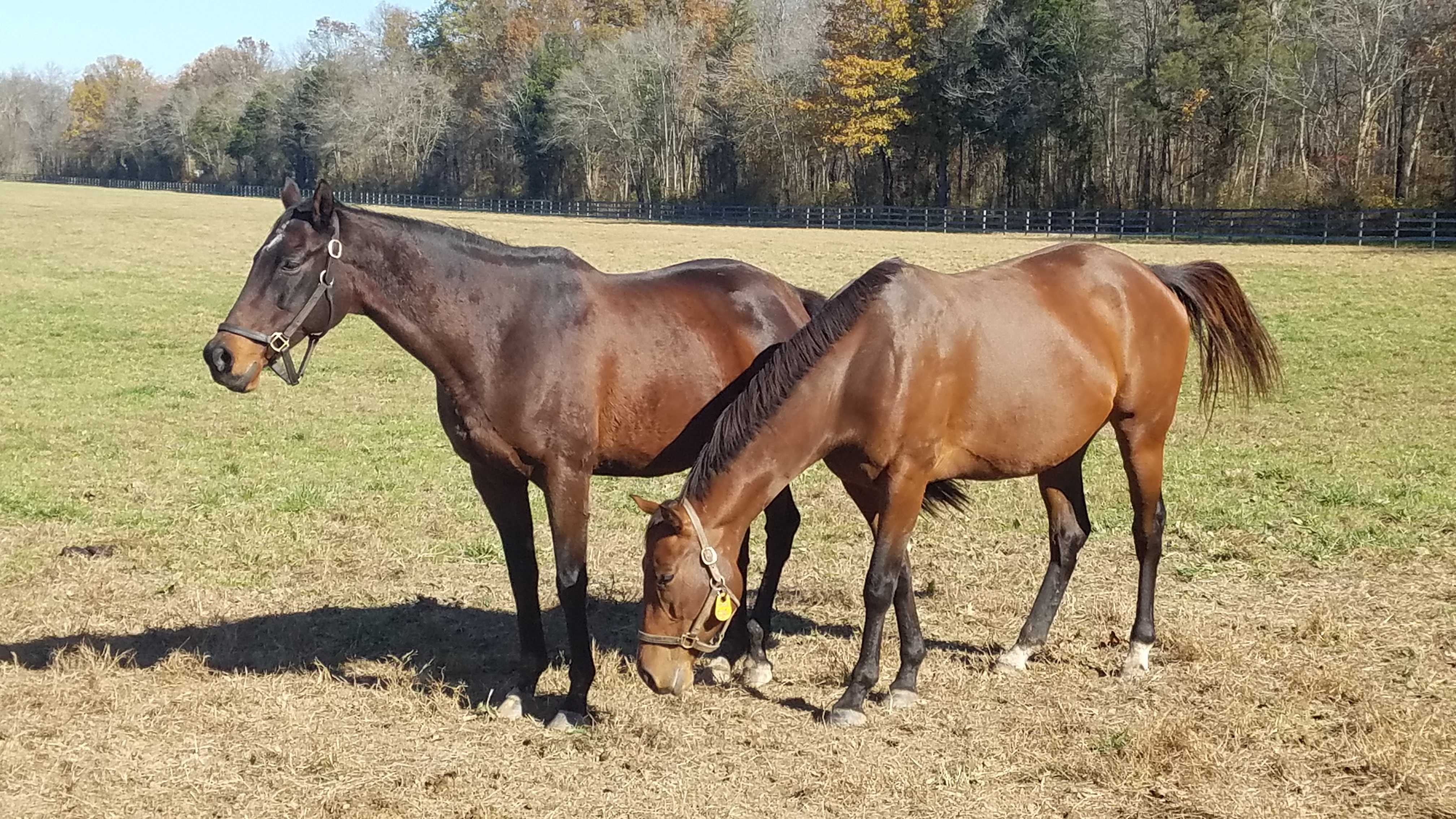 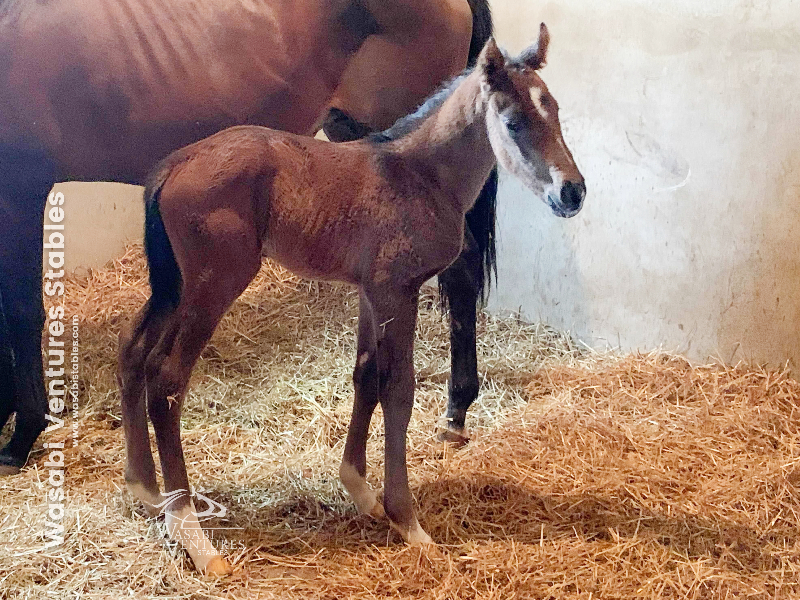