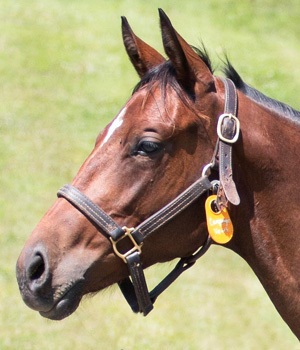 This is a home-bred filly and part of the 2020-2021 Wasabi Ventures Stables Yearling Supplement.

This Maryland-bred, Delaware-certified,  and soon to be Virginia-certified Golden Lad filly has a lovely conformation (see notes below on conformation).

NOTE on PRICING:
Per our program, the horse was independently appraised for $10,000 by two independent consignors.

This filly will be named in his 2 YO year.  Anyone that is a Club member-owner of him will be part of the voting process on her name.

“A very pretty filly with a nice head/eye. The filly walks well and has a very nice way of going. She has a strong shoulder and a good neck tie-in to her shoulder and withers.”

This Golden Lad filly (currently nicknamed "Cookie") is out of WVS broodmare, Campaign Vows, making her one of the first true homebred foals for the club. She was purchased privately in utero from the University of Maryland's Equine Program.

Golden Lad is currently one of the most exciting up-and-coming stallions in the Mid-Atlantic. His first crop are now only 3yos, and yet remarkably, he has already demonstrated the proven ability to improve upon his mares. His Average Earnings Index (AEI) stands at 1.39 to his Comparable Earnings Index (CI) of 1.28. This means that he has been bred to above average mares but his progeny have been doing even better than would be expected. In fact, he already has 2 stakes winners from his first crop, including the remarkably impressive Hello Beautiful. That filly conquered the Maryland Million Lassie Stakes and the Maryland Juvenile Filly Championship by a combined 15+ lengths, earning one of the highest Beyer speed figures (95) for 2yo fillies all over the country last year. Hello Beautiful is also expected to be entered in the G1 Test Stakes, putting her on a collision course with Gamine and Venetian Harbor, who are two of the best 3yo fillies in the country.

This filly's dam, Campaign Vows, is a stakes-placed daughter of Broken Vow who belongs to one of the most active, productive female families in Maryland. She earned $47,340 in her career, with most of her success on turf, although she did place multiple times on the dirt and is stakes-placed on that surface. Already, Campaign Vows has produced two winners from two foals to race. Her most successful runner thus far has been Baltimore Beauty, who has earned over $130,000 in purses and is still active.

Campaign Vows' own dam is Who's Cozy, a graded stakes-placed daughter of Cozzene who also produced the stakes winning Who's In Town, by Speightstown. Who's In Town was multiple stakes-placed in her career and earned over $211,000 in her career from 2 to 4.  In fact, Who's In Town actually crossed the wire first in the G2 Adirondack Stakes as a 2yo at Saratoga, but was DQed to 4th. Through her daughter Who's In Love, Who's Cozy is also the granddam of stakes winner Buff's In Love, who has current earnings of over $163,000.

This filly's third dam, Who Did It and Run, was herself a graded stakes winning daughter of Polish Numbers with earnings of over $325,000. She produced Giant Run, a son of Giant's Causeway who was a multiple stakes winner and graded stakes placed that earned over $451,000 from 2 to 6. Who Did It and Run is also the dam of stakes winner American Victory and stakes-placed (and still active!) Stickingtogether. Through American Victory, she is furthermore the granddam of stakes winner Victory Rally and stakes-placed Charmed Victory, as well as the granddam of Introduced through her daughter Stuttgart.

The match that produced this filly is rated an A++ on TrueNicks, with G1 winner Volatile among its most productive runners. Volatile is now regarded as one of the top sprinters in the country after his recent victory in the G1 Alfred G. Vanderbilt at Saratoga and is bound for the Breeders' Cup Sprint later this fall.

Based on her family's proclivities, this Golden Lad filly could be expected to perform well on either surface sprinting up to middle distances. 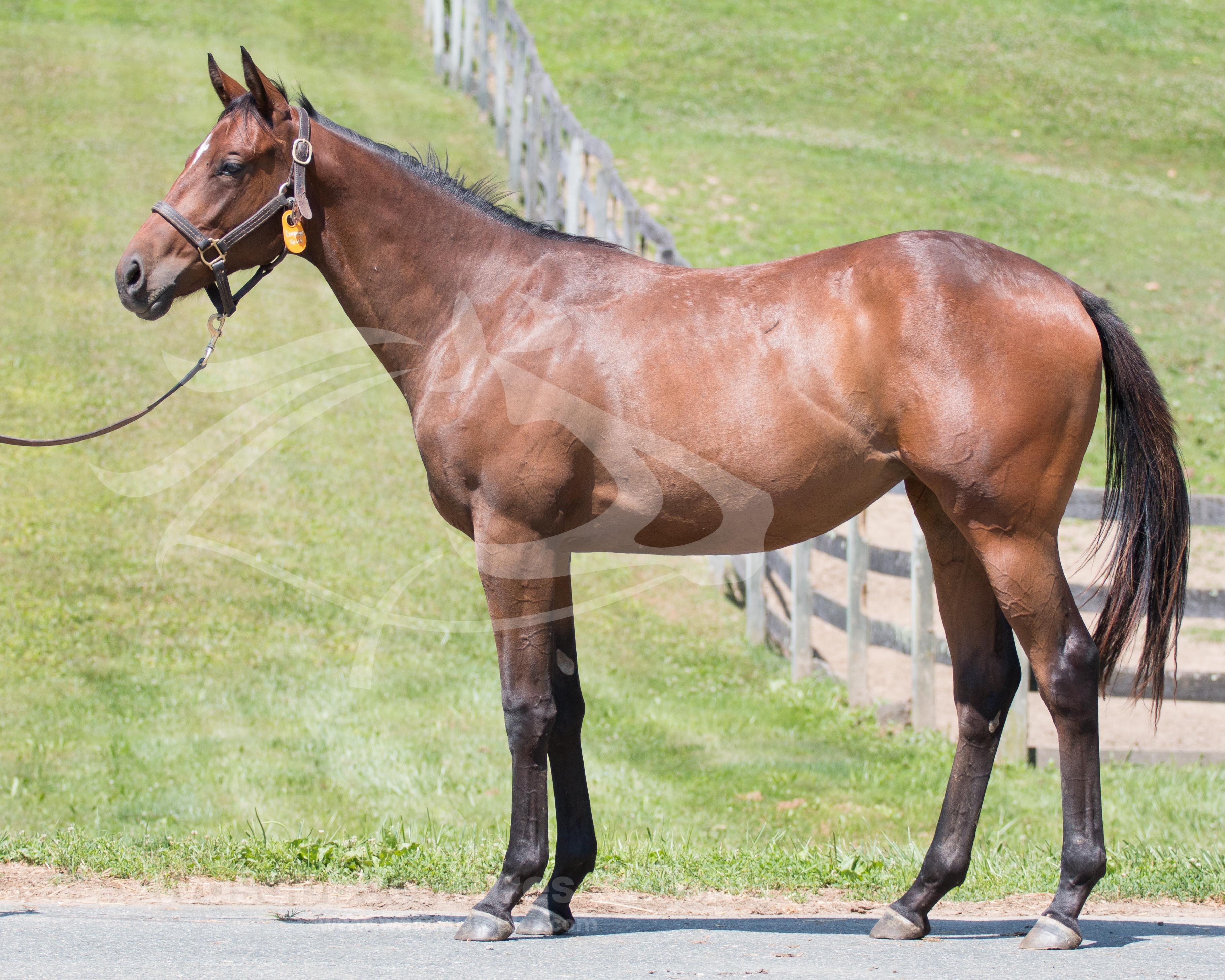