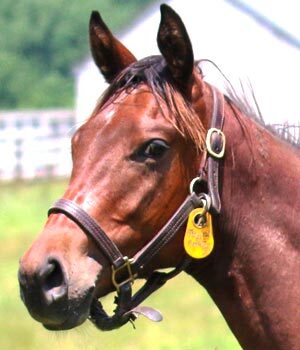 Magical Point by Point Given

This is a home-bred colt and part of the 2020-2021 Wasabi Ventures Stables Yearling Supplement.

This Maryland-bred, and soon to be Virginia-certified Great Notion colt has a lovely conformation (see notes below on conformation).

NOTE on PRICING:
Per our program, the horse was independently appraised for $25,000 by two independent consignors.

“If this horse was to be put through the sales ring at Fasig Tipton Timonium, I believe he would be well received. Physically my first impression was that he physically looks like a racehorse and is well suited for Maryland.”

This yearling Great Notion colt (currently nicknamed "Mousse") is out of WVS broodmare Magical Point. He was purchased in utero at the 2018 Fasig-Tipton December Mixed Sale.

Great Notion has been the leading Maryland stallion for the past several years and currently stands for $7,500, which is tied for the most expensive stud fee in the Mid-Atlantic. He has proven himself time and again to sire top quality horses in a regional market, along with the consistent ability to improve on his mares. Great Notion's Average Earnings Index (AEI) currently stands at 1.49 to his Comparable Earnings Index (CI) of 1.22. This means that he has been bred to above average mares but his progeny have been doing around 22% better than would be expected. He has sired 22 different stakes winners over the years, which is good for 5.4% stakes winner to his foals of racing age (a mark that looks that much more impressive when you consider that none of his 2yos have had the chance to win a stakes yet this year). The breed average for stakes winners to foals is 2.7%. He even has two graded stakes winners among his progeny: G2 winner Havelock ($655,752 in earnings) and G3 winner Ruby Notion ($500,413). Anna's Bandit is Great Notion's top active runner at the moment, with a G3 stakes placing and 11 different stakes wins over her career, with over $782,000 in earnings.

This colt's dam, Magical Point, is a daughter of the great Point Given, who was crowned Champion 3yo Colt and Horse of the Year in 2001. As a producer, she has 3 winners from 4 starters. She belongs to the immediate female family of Include, which is one of the strongest families in Maryland. In fact, Magical Point's dam, Magical Broad, is a stakes-winning full-sister to Include, as well as graded stakes winner Magic Broad, multiple stakes-winner Encaustic, as well as stakes-placed winners Implicit and Loaded Brush. Include himself is one of the all-time great Maryland-breds, with over $1.6MM in earnings and multiple graded stakes wins, including in the G1 Pimlico Special. He is still a consistent, proven sire in Kentucky to this day.

This Great Notion colt's third dam is the great mare Illeria, by Stop the Music. She was a graded stakes winner in her own right and earned $392,691 from 2 to 6. As previously discussed, she is the dam of Include and his aforementioned full-siblings, but she is also the dam of multiple stakes winner Broad Rule (by Dixie Union) and stakes-placed winners Invent (by Concern) and Officer's Holiday (by Officer). Through her daughters Magic Broad and Serenity Jane, she is the granddam of stakes winners Bonus Points, Tricky Hat, Samuel Dechamplain, and She's Ordained.

The mating that produced this colt is currently rated an A++ on TrueNicks, with an impressive 13.76 variant. This indicates that any horse bred on this cross is 13.76x more likely to be a stakes winner. Out of a very limited sample, the cross of Elusive Quality and his sons over Thunder Gulch-line mares has already produced graded stakes winners Questioning and Anger. Even more exciting than that is this cross is rated a 20/20 on G1 Goldmine, which indicates an excellent match with multiple superior horses bred along with a very similar pattern.

Based on this colt's family tendencies, he would be expected to perform best on dirt sprinting up to middle distances. 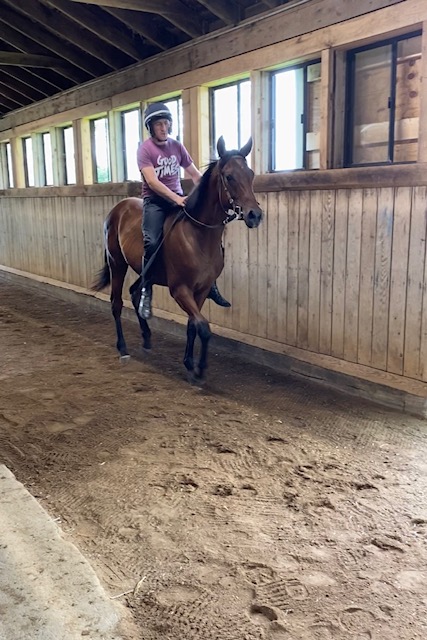