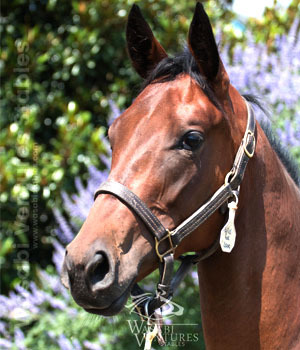 Wild for Love, by Not for Love

She is already in training in Virginia and will be Virginia-certified to go along with her Maryland-bred certification.

A quote from George Adams :

" The Great Notion/Wild For Love filly is exactly what we hoped to be able to get out of our homebred operation. She's the best physical we have, and probably the best bred as well (her dam already has a pair of 2YO winners and her third 2YO is 2 for 2 including the VA-Stakes).  I think that makes her exactly the type that we wanted to have access to and add to our racing stable and hopefully bump us to the next level a little bit. Especially given that she's a filly and we still own her dam and her half-sister born this year, any success she has at the track will increase the value of the whole family, and she could be ready relatively early.”

This Maryland-bred, Maryland-sired, Delaware-certified filly is the product of a cross that brings together the two stallions who have dominated the Maryland sire list for the last two decades, as a daughter of Maryland’s current leading sire Great Notion out of the Not For Love mare Wild For Love.  Not only are these two stallions the best that Maryland has had to offer during that time, but they have combined for an “A+” TrueNicks rating by producing 12.5% stakes winners from foals aged 3YO & up — an astronomical percentage.

Great Notion himself won the Southwest Stakes going a mile and was a game runner-up in the G1 King’s Bishop at 7 furlongs during his own racing career, and his 28 career black-type winners (good for 6.9% of all his foals aged 3YO & up) include a pair of graded stakes winners along with Mid-Atlantic standouts like Anna’s Bandit, Lewisfield, Talk Show Man, Jazzy Idea, and Phlash Phelps — the last-named of whom is one of those bred on the Great Notion/Not For Love cross.

This filly’s Not For Love dam Wild For Love won the Maryland Million Distaff Starter Handicap at 5YO among her 8 career victories, which also included maiden special weight and allowance victories at 2YO on Presque Isle’s Tapeta.  She placed in a dozen additional races and earned a total of $187,292, after having been a $130,000 2YO in training purchase.Wild For Love has produced 3 foals prior to this Great Notion filly.  All 3 broke their maidens at 2YO (Dreaming of Love, by Imagining, and Unrequited Love, by Despite the Odds were the first two).  Her third foal is a 2YO of 2021 named Local Motive (by Divining Rod), who won first time out at dirt on Pimlico, and then wheeled back to take the $100,000 Hickory Tree Stakes on turf at Colonial in his second start!

This filly has the physical to go with her pedigree, too.  She’s incredibly balanced, correct, and well-muscled with loads of substance — she looks just like the sprinter/miler type you’d expect from this cross, and she should have a big future on both surfaces in Maryland starting as a juvenile in 2022! 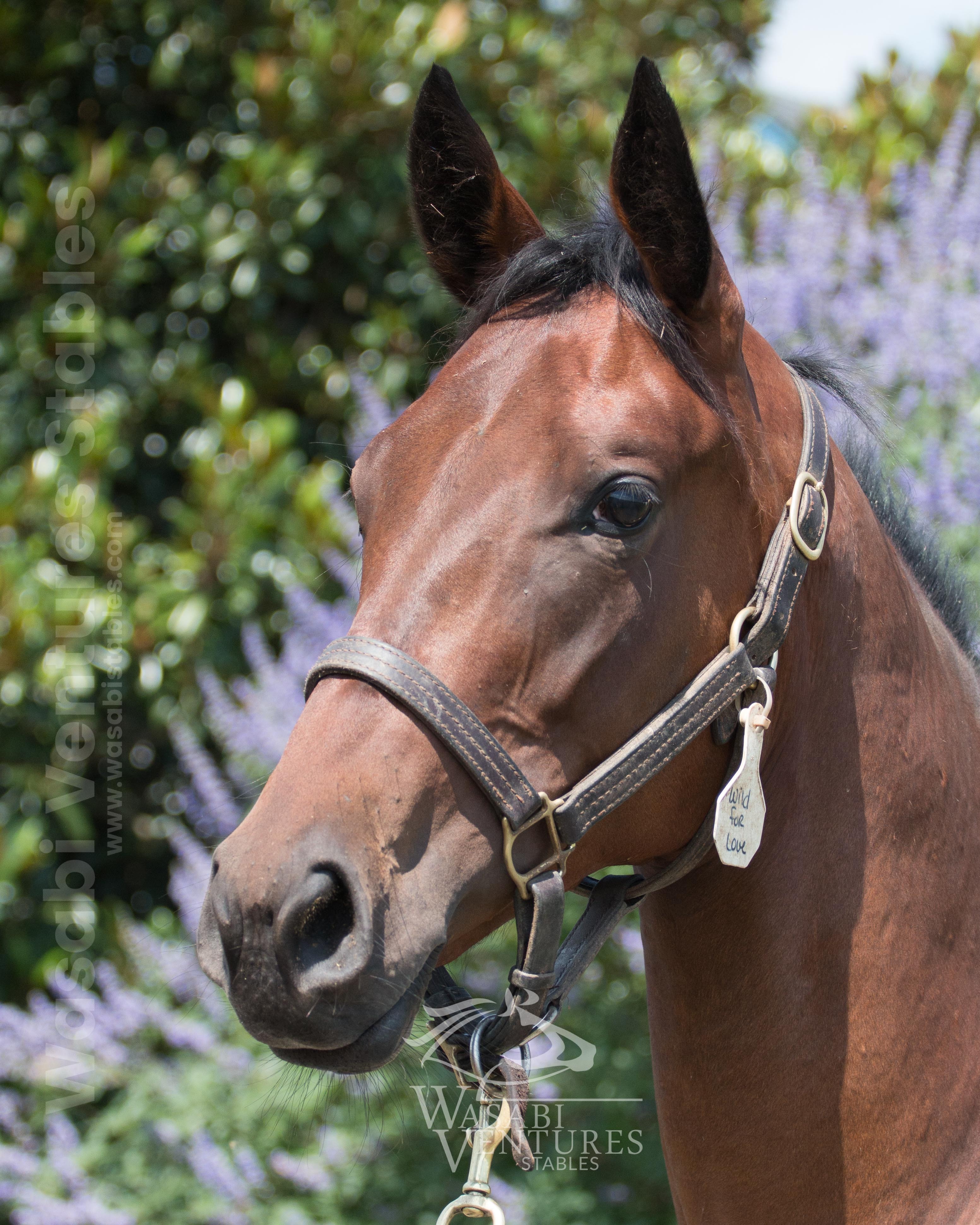 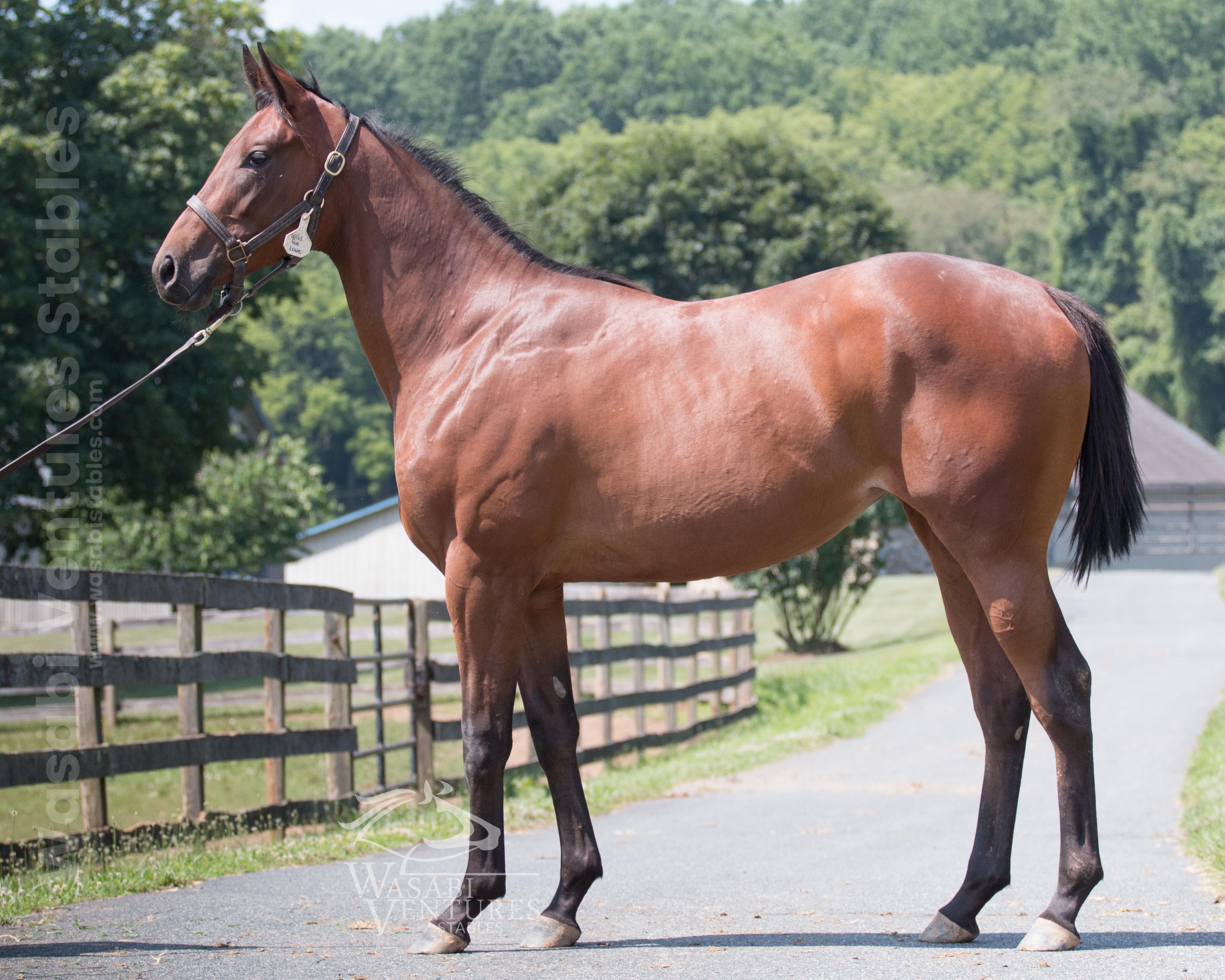