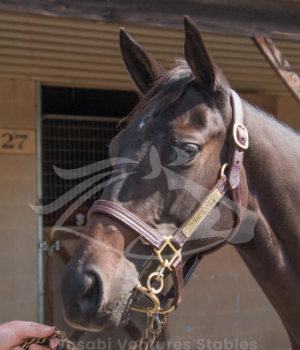 This filly was acquired at the Fasig Tipton October sale as hip#335 and is part of the 2020-2021 Wasabi Ventures Stables Yearling Supplement.

This Maryland-bred & sired, and soon to be Virginia-certified, Outflanker filly has a lovely conformation.

According to George Adams, the WVS Director of Stallions and Breeding:

The Outflanker filly is strong-bodied and well-balanced with a great top-line.  She has a nice big walk on her and a very pretty head.

NOTE on PRICING:
Per our program, the horse is priced at the auction price plus the prorated expenses from the sale which equaled $8,750.

This filly will be named in her 2 YO year.  Anyone that is a Club member-owner of her will be part of the voting process on her name.

This Maryland-bred filly by Outflanker was purchased by Wasabi Ventures Stables from the FT Midlantic Yearling Sale as Hip 335. Outflanker is a hard-knocking sire by the great Danzig in the Maryland stallion ranks, with two champions to his credit (Dobil Yack and Out Tricked) and the proven ability to consistently improve on his mares (AEI of 1.32 vs CI of 1.11). His top progeny include multiple graded stakes winner Bayou's Lassie ($707,227 in earnings), graded stakes winner Javerre ($490,081 in earnings), and Annabill ($709,200 in earnings, with 6 stakes wins and 18 career wins).

Hip 335's dam is Saucy Countess, an unraced daughter of Tabasco Cat with all 12 of her foals to race, 11 of which were winners. Her best progeny is Lotsa Mischief, a stakes-winning son of Into Mischief with $135,270 in earnings on both dirt and turf. Lotsa Mischief is now standing at stud in Arizona. Saucy Countess is also a proven producer of sound, active runners, with 6 of her offspring racing more than 17 times. Her foals have also shown themselves to be adaptable, with 5 of her runners achieving wins on both dirt and turf.

The filly's second dam is Fighting Countess, a MD-bred and -based daughter of Ringside. A stakes winner, Fighting Countess won her first two starts as an early summer 2yo by open lengths before finishing 3rd in the Toddler Breeders' Cup Stakes in her third start. She went on to win the Bold Queen Stakes at Laurel Park by open lengths as a 3yo and retired with $120,076 in earnings after 14 career starts, with 5 wins.Fighting Countess's best foal to race was the stakes winner Dawn Princess, by Polish Numbers, who earned $131,398 in 11 career starts, finishing in the top 3 on 7 of those occasions. Dawn Princess's connections thought so highly of her that the filly's first two career starts were actually in stakes company. She went on to break her maiden by a devastating 10+ lengths going 6F on the turf at Colonial Downs. In her very next start, she drove past the field to take the Tippett Stakes by a length going a mile on the turf. Her connections opted to try her on the dirt at 9F next, where she finished 2nd after setting the pace in the G3 Selima Stakes at Laurel. Dawn Princess is now the granddam of stakes winner Blue Moonrise, by Malibu Moon. While not a stakes winner, another of Fighting Countess's promising progeny was Sun Storm. A son of the breed-shaping Storm Cat, Sun Storm sold as a yearling for $500,000. In 6 starts at 3yo, he won on 4 of those occasions, finishing 2nd and 3rd in his other two starts. Romeo's On Fire, a son of the mighty Danehill, added $106,509 to his dam's progeny earnings while racing from 2 to 9 in Ireland.

Through Hip 335's third dam, T.V. Countess, this is also the direct female family of champion 2yo filly Countess Diana, $1.1M earner and winner of the G1 Breeders' Cup Juvenile Fillies and G1 Alcibiades. Also appearing under this filly's third dam are $6.5M earner and multiple graded stakes winner, Win Variation, and G1 winner Exogenous ($945,560 in earnings).
Based on her family's proclivities, this filly should perform best at around a mile, with no obvious preference for dirt or turf. 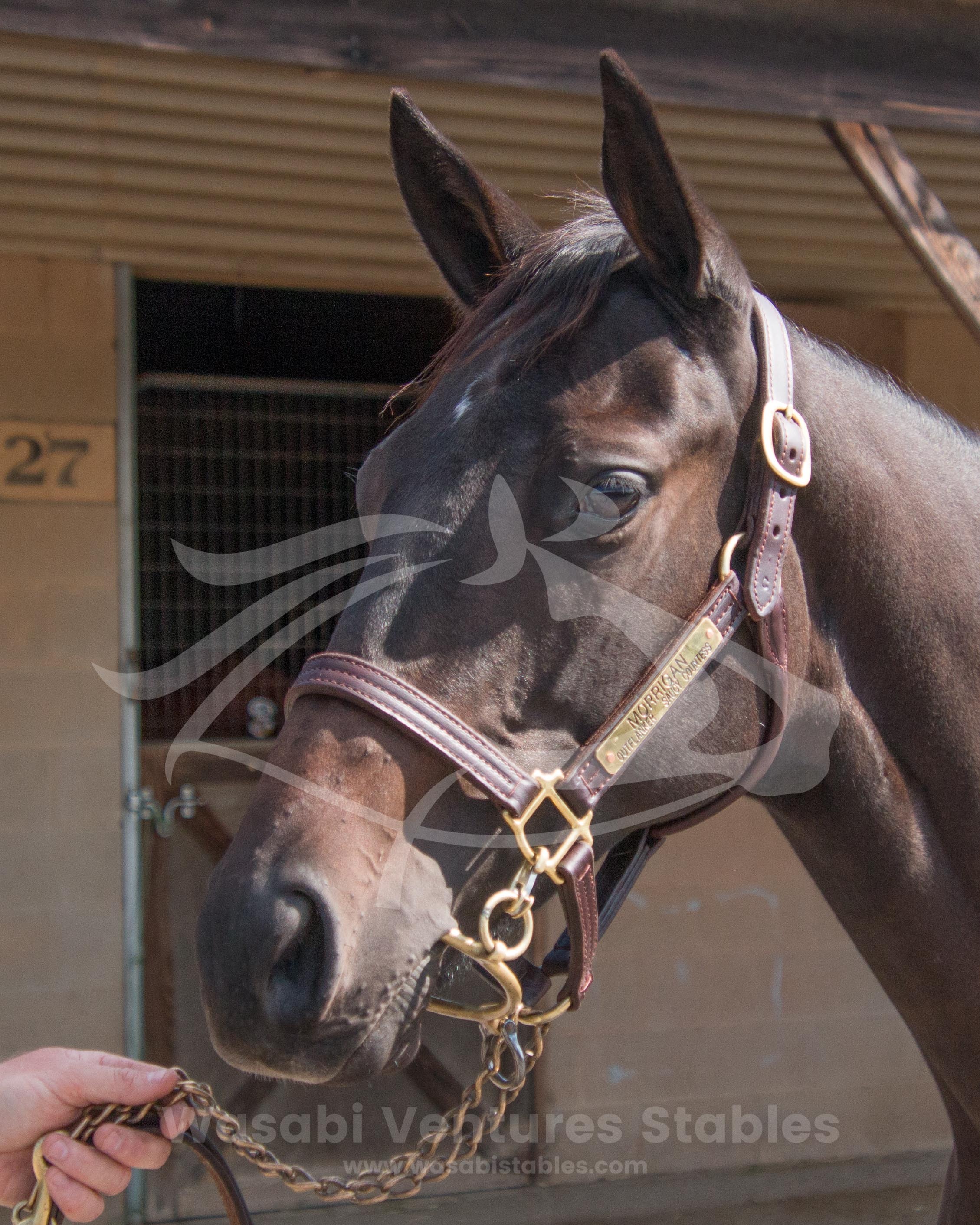 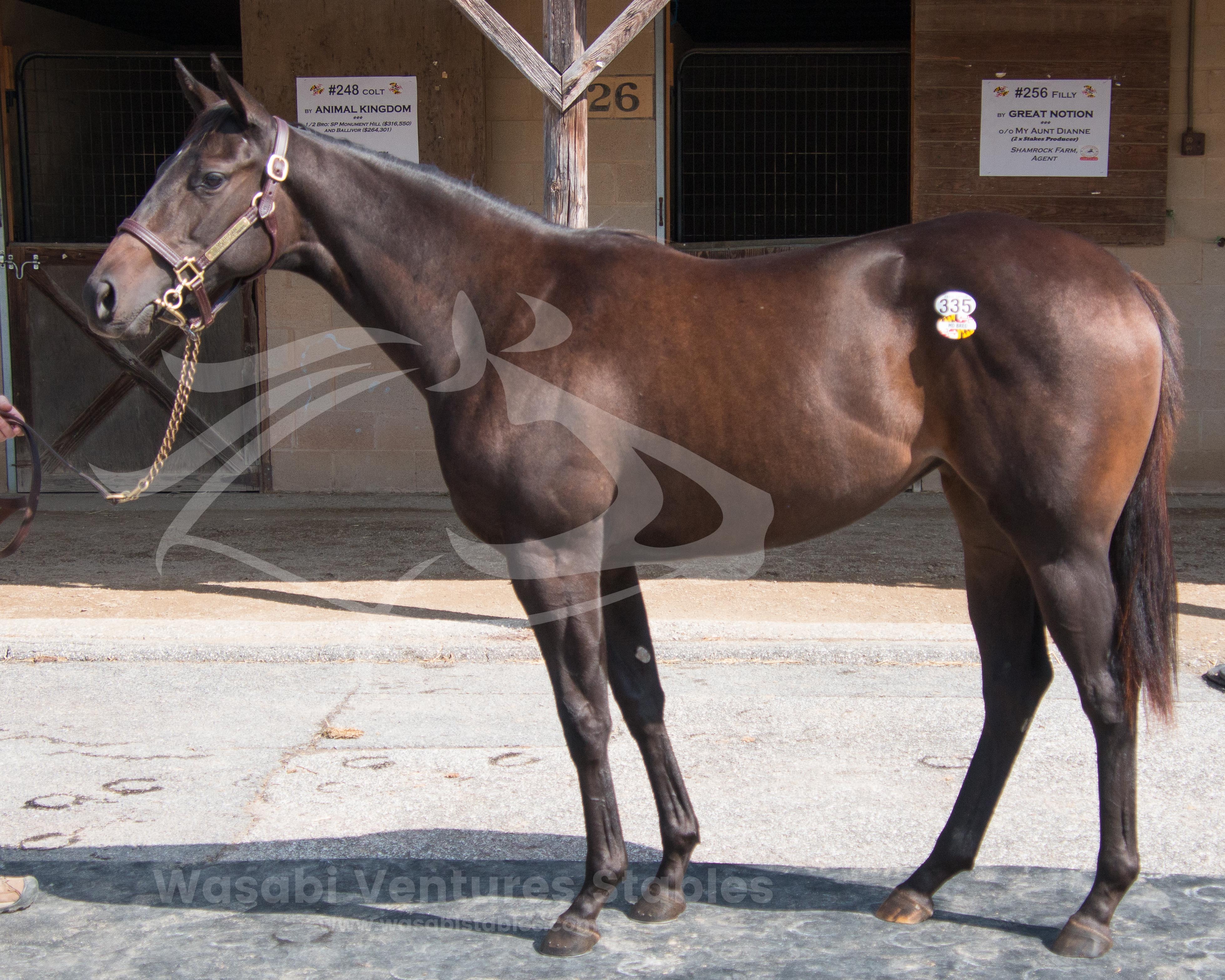