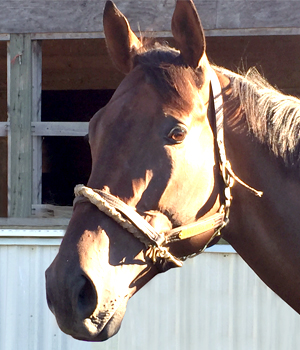 Wings of the Storm by Valley Crossing

UPDATE 6/3/20: Participate has checked in foal to Force The Pass.

Participate was sired by the Maryland-bred Grade 1 winner Include, whose credentials as a runner and sire are fantastic.  A homebred Maryland product by 1994’s leading sire, Broad Brush, who was also bred by and raced for Robert Meyerhoff, Include was stakes winner at 3, a Grade 1 winner of the Pimlico Special and four other stakes at 4, and a stakes winner at 5.  In total, he won ten of twenty starts, including seven stakes, for earnings of $1,659,560.  He put up thirteen triple-digit Beyer Speed Figures, including back-to-back performances of 117 as a 4-year-old.

In the breeding shed, Include has a reputation as a bit of a “filly sire,” as the females Panty Raid, Include Me Out, Include Betty, Her Smile, and Cash Included account for his North American Grade 1 victories.  (In the Southern Hemisphere, where he was the leading Argentine sire of 2015, Include has produced an additional four Grade 1 winners, one of them being the colt Don Inc.)  Include’s best racing son in the U.S. is Grade 2 winner Redeemed, who took the Brooklyn Handicap and currently stands at stud at Maryland’s Northview Stallion Station (where he is the only current hope of continuing the “all American” Domino sire-line, as Broad Brush’s other highly-accomplished racing son, Concern, did not breed on).

Regardless of gender, Include has produced a total of 40 Northern Hemisphere stakes winners (overall, he reached 50 career black-type winners in October ’17), good for 6% of his foals, and his AEI of 1.51 is well above his 1.34 CI, meaning that he moves his mares way up.

Participate is a half-sister to the stakes-placed winner Any Court Inastorm, whose earnings now stand at just shy of $300,000 for his racing career.  Their winning dam, Wings of the Storm, has also produced the $165k earner Love Heart plus two other winners, and she is a half-sister to a pair of Maryland-bred stakes winners in Steak Scam and Polish Rifle (who was also 2nd to Tapit in the Grade 3 Laurel Futurity), as well as to the stakes-placed winner December Thunder.  Wings of the Storm is also a half to the unraced Roadtohanna, who is the dam of Grade 2-placed stakes winner Tell a Great Story, to Grade 2-placed winners Southampton Way and Givenoquarter, as well as to stakes-placed winner All I Karabout.  Participate’s third dam, Gala de Oro, was a multiple stakes-winning 2-year-old, and is a full-sister to multiple stakes-winner Gala Goldilocks.

On the racetrack, Participate ran 27 times from 3- through 5-years-old, winning 5 races at 4 and 5, from one mile to a mile-and-an-eighth, on dirt and turf.  She earned a total of $136,879, and her biggest victory came in the Maryland Million Distaff Starter Handicap at 4. 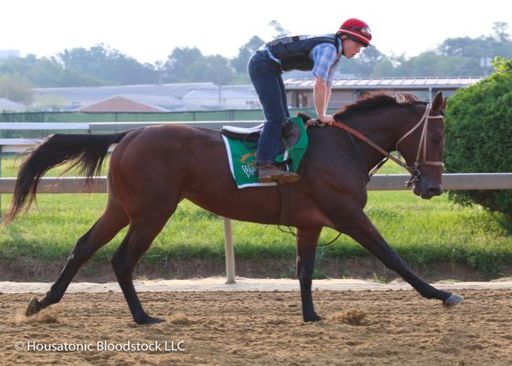 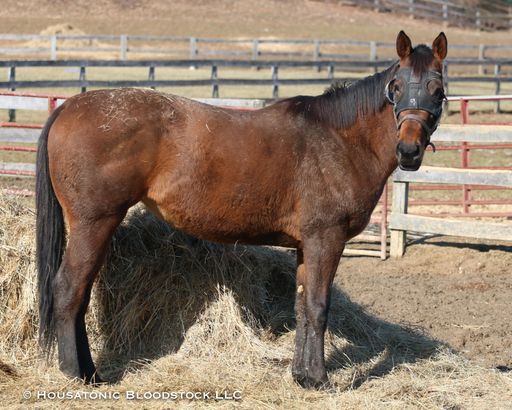 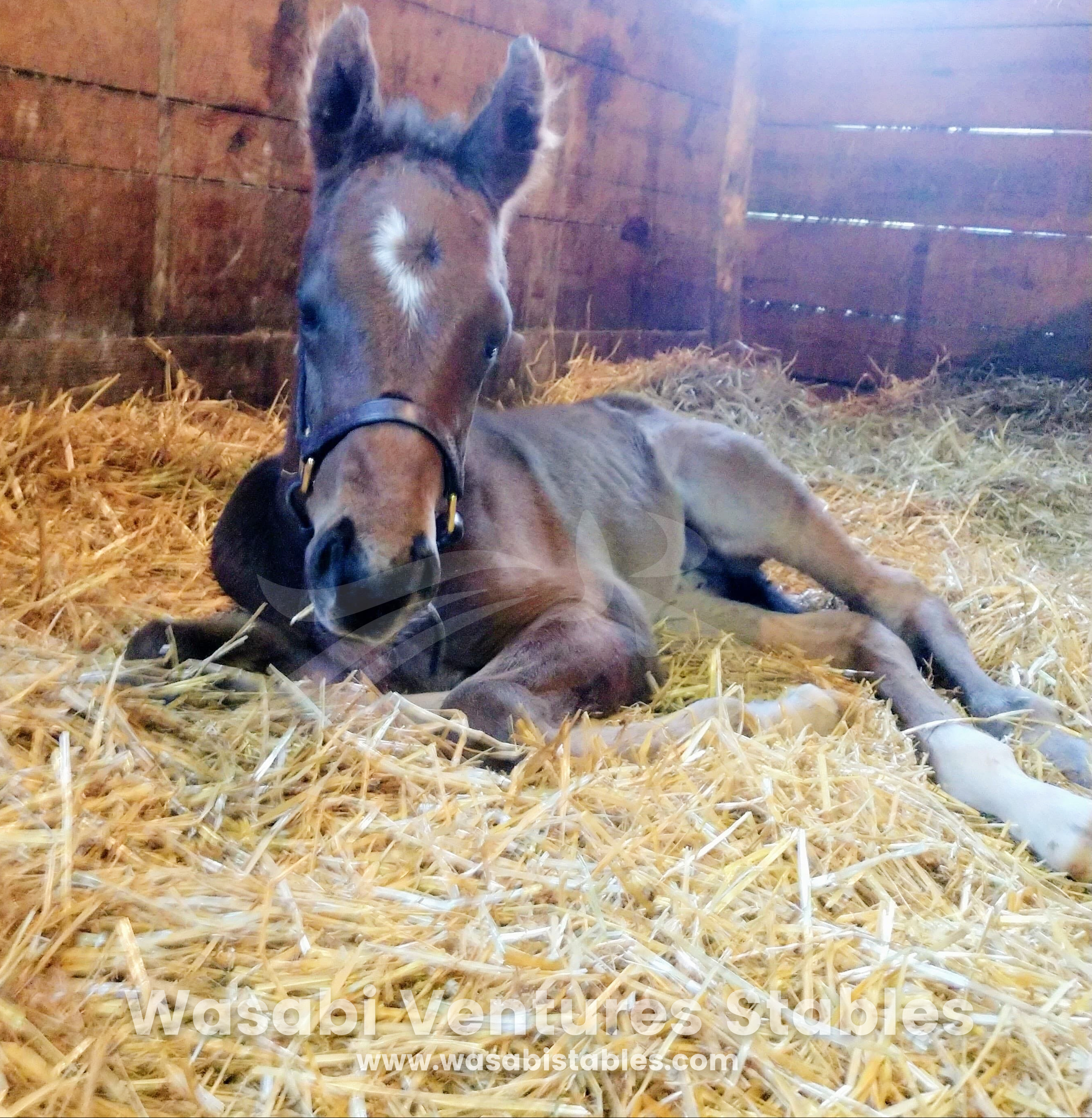 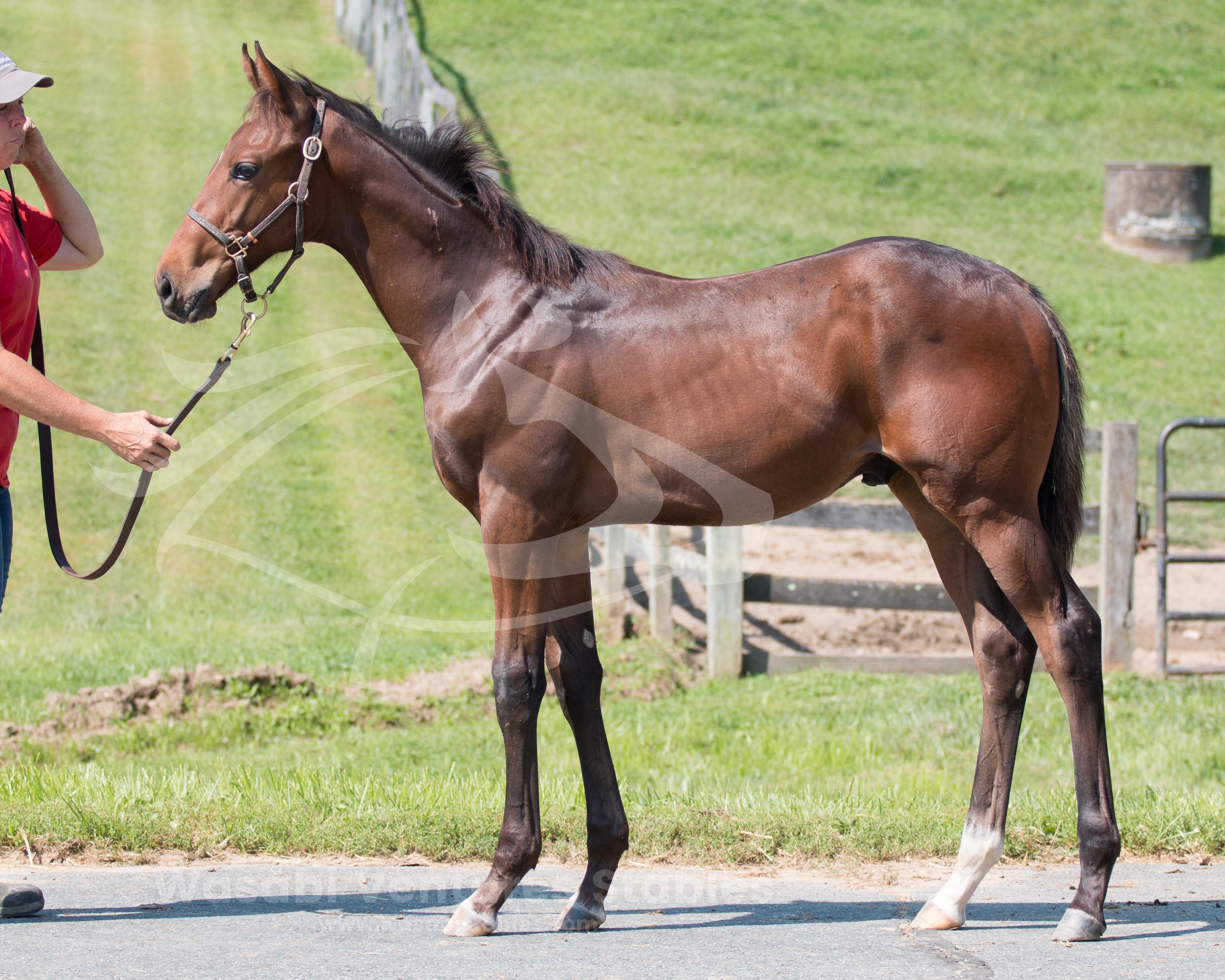 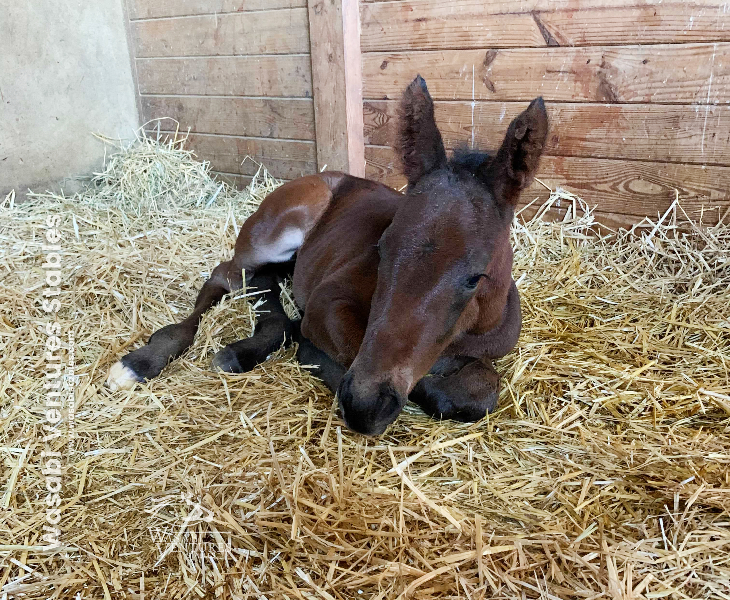 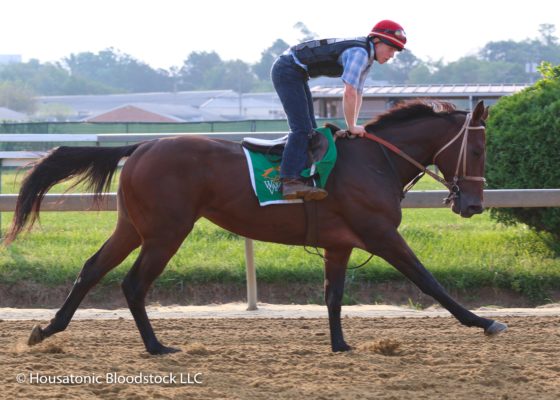