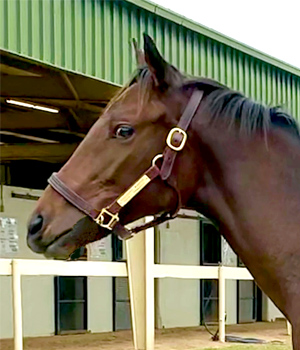 This is hip#433 from the OBS yearling sale and part of the 2019-2020 Wasabi Ventures Stables Yearling Supplement.

This Florida-bred, and soon to be Virginia-certified Poseidon's Warrior filly has a lovely conformation (see notes below on conformation).

The horse vetted cleanly at the auction and has already moved to Middleburg Training Center for training in Virginia.

This filly made an immediate impression on us as she walked from the stall.  She is nicely balanced with a top-line long enough to suggest she will have an ample stride at gallop. What she lacked in “flash” she made up for in conformation with good knee set, adequate bone and an athletic easy way of moving. Out of a stakes winning, stakes producing mare, the gavel price was below our target projection.

Hip 433 is a lovely filly by Poseidon's Warrior, out of the Waquoit mare, Frost Princess. Poseidon's Warrior was a Grade 1 winning sprinter who earned over $700k on the racetrack. By the great Speightstown, an ever-rising sire-of-sires, Poseidon's Warrior entered stud in 2014 in Florida. He quickly established himself as the top Florida freshman sire in 2017, in part by siring Firenze Fire, winner of the G1 Champagne as a 2yo and current earner of almost $1.5 million in purses. Based on his early success, Poseidon's Warrior now stands in Kentucky at Darby Dan Farm.

Frost Princess was a stakes winning daughter of Waquoit, himself by the great sire Relaunch. She earned over $107,000 in 19 starts from ages 2 to 4, with most of her purses attained on turf. Frost Princess broke her maiden going a mile at the maiden special weight level as a 2yo. As a sophomore, she won the Pearl Necklace Stakes at Pimlico at 8.5F on turf. In her final start, she managed another stakes placing in the All Brandy Stakes at Laurel Park at 9F. In an interesting side note, this rendition of the All Brandy Stakes was won by Sticky, the dam of WVS broodmare Wild For Love, and one of the also-rans, Who's Cozy, later became the dam of WVS broodmare Campaign Vows.

Frost Princess is the dam of 5 winners from 7 foals to race, including stakes-placed Gran Greyfrost, a 3yo colt by Handsome Mike. Gran Greyfrost has earned over $70,000 in 13 career starts to date, which includes 2 wins in addition to a 3rd place finish in the FTBOA Silver Charm Florida Sire Stakes. He has proven himself equally adept on both turf and dirt at right around a mile.

Hip 433's second dam is Harvest Moon, a daughter of Majestic Light. Harvest Moon is the dam of an incredible 17 foals, 16 of which made it to the racetrack, and 12 of which were winners. Frost Princess was one of two stakes winners for Harvest Moon. Her other stakes winner, a mare named Bundling by Believe It, won over $158,000 in purses. Bundling won the Montclair State College Stakes on turf and even placed in the G3 Glens Falls Handicap. In 22 career starts, she won 6 times and hit the board 12 times. Moony Moony, their gelding half-brother by Cahill Road, finished 2nd in the NWSS Cahill Road Stakes on dirt as a 2yo.

Harvest Moon is the granddam of three stakes-placed runners through her daughters Bundling and multiple-winner Good Lovin'. Bundling is the dam of Pillow Pal, by Housebuster, who won over $106,000 in purses and was 2nd in the Jamestown Stakes at Colonial Downs. Good Lovin' produced Heaven's Voice, by Lionhearted, and Love You Not, by Will's Way. Heaven's Voice earned over $218,000 on the track from ages 2 to 6 and was multiple stakes-placed at Aqueduct, Pimlico, and Laurel Park. Love You Not won over $118,000 in purses at ages 2 and 3 and was 2nd in the Andover Way Stakes at Aqueduct.

The mating that produced this filly is rated a B on TrueNicks, based on the cross of Speightstown and his sons with mares by sons and grandsons of Relaunch. However, this cross seems to be more successful with fillies like this one, with 11% stakes winners to starters. 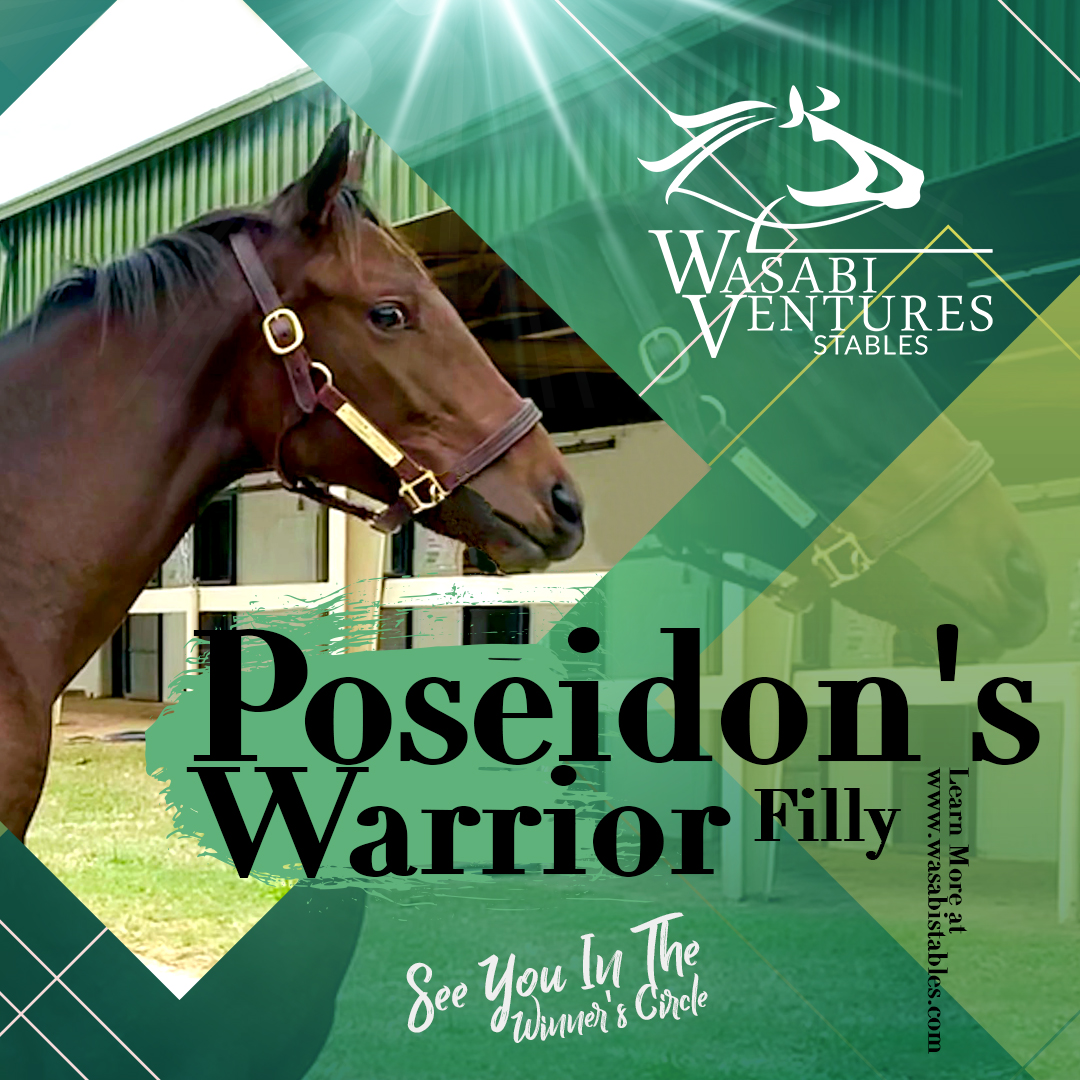 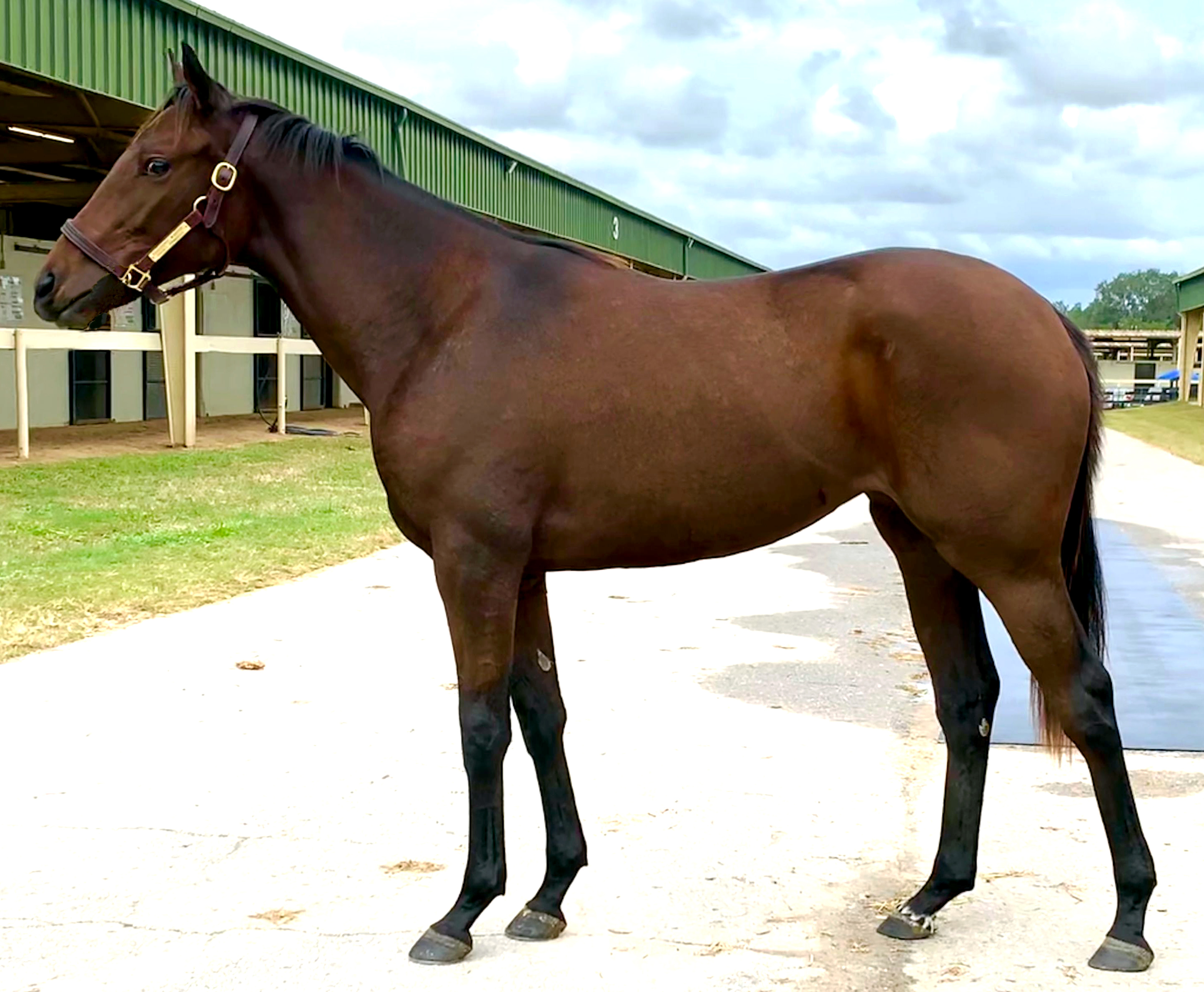