We’ve stated repeatedly in this space how a “bad” nick rating should not be the end-all for a breeder planning a mating, and we believe that there are plenty of positive factors that outweigh the “C” given by TrueNicks gives the matchup of Tacitus with recently-retired maiden mare C’est Mardi.

We’ll first start by outlining the appeal of Tacitus as a first-year sire prospect.  First and foremost, he’s fantastically well-bred, being a son of multiple leading sire Tapit and out of the Eclipse Champion Older Mare Close Hatches.  A Juddmonte homebred (like her son), Close Hatches hails from the direct female family of Blue Hen Best in Show (Tacitus’s 5th dam), and she is sired by another Juddmonte homebred in First Defence (himself a son of G1 Honest Lady, she in turn a daughter of the Juddmonte Blue Hen Toussaud).  So this is a pedigree replete with the highest class of runners and producers both top and bottom.  Tacitus did his best to live up to his illustrious lineage, taking the G2 Tampa Bay Derby (in stakes record time) and G2 Wood Memorial, as well as the G2 Suburban, and placing in no fewer than 5 G1s, including a pair of classics.  A tall, balanced, strongly-made horse, Tacitus offers mare owners the complete package.

With respect to C’est Mardi specifically, we are intrigued by his 3×4 inbreeding to the champion and leading sire Unbridled, including through his son Unbridled’s Song, who is the sire of the aforementioned First Defence, and grandsire of C’est Mardi’s G3-winning half-sister Neversaidiwassweet.  As mediocre as sons of Unbridled’s Song have been at stud, breeding C’est Mardi to a stallion like Tacitus who brings this blood in through an avenue other than tail-male is ideal.  C’est Mardi’s female family also contains several black-type horses tracing tail-male to Seattle Slew, and Tacitus is inbred 4×4 to that Triple Crown winner, as well (and traces to him tail-male himself).

Furthermore, we actually think that the Tapit/Tiznow cross at play in this mating rates more highly than that “D” from TrueNicks indicates.  First of all, by limiting the sample to just sons of Tapit with daughters of Tiznow (instead of including Tapit himself), the percentage of stakes winners to runners increases from 3.5% to 4.3%.  And the three stakes winners bred this way include the top class Tiz the Law as well as Never Surprised, so far just an ungraded winner but 2nd in the G1 Pegasus Turf Cup earlier this year.  And there are another 11 black type-placed runners (four graded) bred on this cross, with that 20% black-type earners/runners being a fantastic percentage.

Physically, this is a great pairing as well — as mentioned, Tacitus is a tall, strapping, classic-type horse and ran that way, whereas C’est Mardi also has plenty of leg and scope and scored all six of her career victories at a mile to a mile-and-a-sixteenth.  Though Tacitus focused exclusively on dirt racing, there is plenty of turf performance and influence throughout his pedigree, which should complement the surface versatility of C’est Mardi herself (three wins on turf, three on dirt) and her family very nicely indeed. 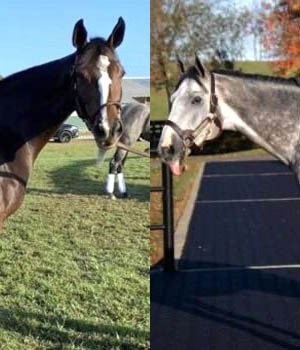 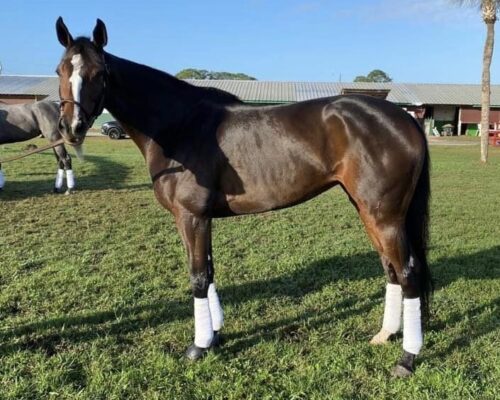 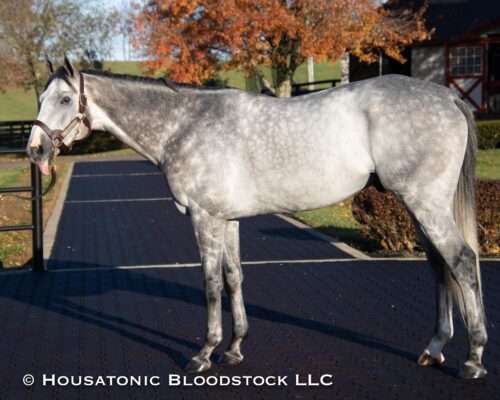