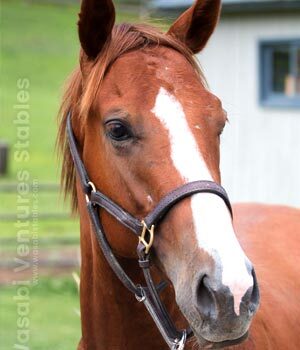 She is already in training in Virginia and will be Virginia-certified to go along with her Maryland-bred certification.

The Macho Uno/Rockport Dancer colt is a nice physical.  He's the first foal from his dam, who is hopefully going to prove to be one of our nicer mares, so keeping this guy in house gives us a better chance to help get that mare off to a good start. And both Jesse and Zoe like to have a colt or two in the mix when it makes sense.

This Maryland-bred, Delaware-certified colt is a son of the Eclipse Champion 2YO and Breeders’ Cup winner Macho Uno, who went on to a highly successful stud career where he sired the likes of G1 winners Mucho Macho Man, Private Zone, Macho Again, and Wicked Style, among his total of 40+ black-type winners (good for better than 5% from foals).

This colt is the first foal from his dam, the multiple stakes-placed 2YO Rockport Dancer.  After finishing 2nd and 3rd in stakes company in her only starts as a juvenile, Rockport Dancer went on to win a total of 4 races and $99,673, with victories on all three surfaces (dirt, turf, and synthetic).  She is a half-sister to the stakes-winning 2YO Dancin Shoes (also by a son of Unbridled’s Song), and 3 other winners from all her dam’s foals to race.  Rockport Dancer’s second dam is the G1 Santa Anita Oaks winner Hedonist, who is a half to G2 winner Seeking Daylight and to stakes-winning 2YO Zaha (all of them out of the stakes-winning 2YO Play All Day).

Rockport Dancer is a granddaughter of Unbridled’s Song, who is the broodmare sire of Macho Uno’s stakes winner Decision Day (from just sixteen foals of racing age sired by Macho Uno from daughters of Unbridled’s Song or his sons), while Macho Uno’s sire, the brilliant Horse of the Year Holy Bull, sired New Jersey-bred Horse of the Year Sunny Ridge from a granddaughter of Unbridled’s Song, as well. Macho Uno also has stakes winners Hampstead Heath and Picco Uno from Gone West-line mares (he being the sire of Rockport Dancer’s dam, Andtheliviniseasy), while Rockport Dancer’s second damsire is Alydeed, a grandson of Nijinsky — and Nijinsky appears in the female family of such as G1 winners Mucho Macho Man (by Macho Uno) and Confessional (by Holy Bull), plus other graded winners Overheard and Macho Macho (both by Macho Uno), Mucho Gusto (by Macho Uno’s son Mucho Macho Man), and Woke Up Dreamin, Turnofthecentury, Crash Course, Hull and City of Weston (all by Holy Bull).

Both of this colt’s parents were able to maintain a high level of racing form from 2YO on into their careers as older horses, and the versatility of Macho Uno’s offspring suggests that he should complement Rockport Dancer’s own versatility nicely.

Physically, Macho Uno is a bit leggier and scopier than Rockport Dancer and we wanted a stallion that could help stretch out her foal a bit — and we got just what we wanted, as this colt has a nice, long frame with plenty of filling out still to do.  His pedigree suggests that he should come to hand early and continue running. 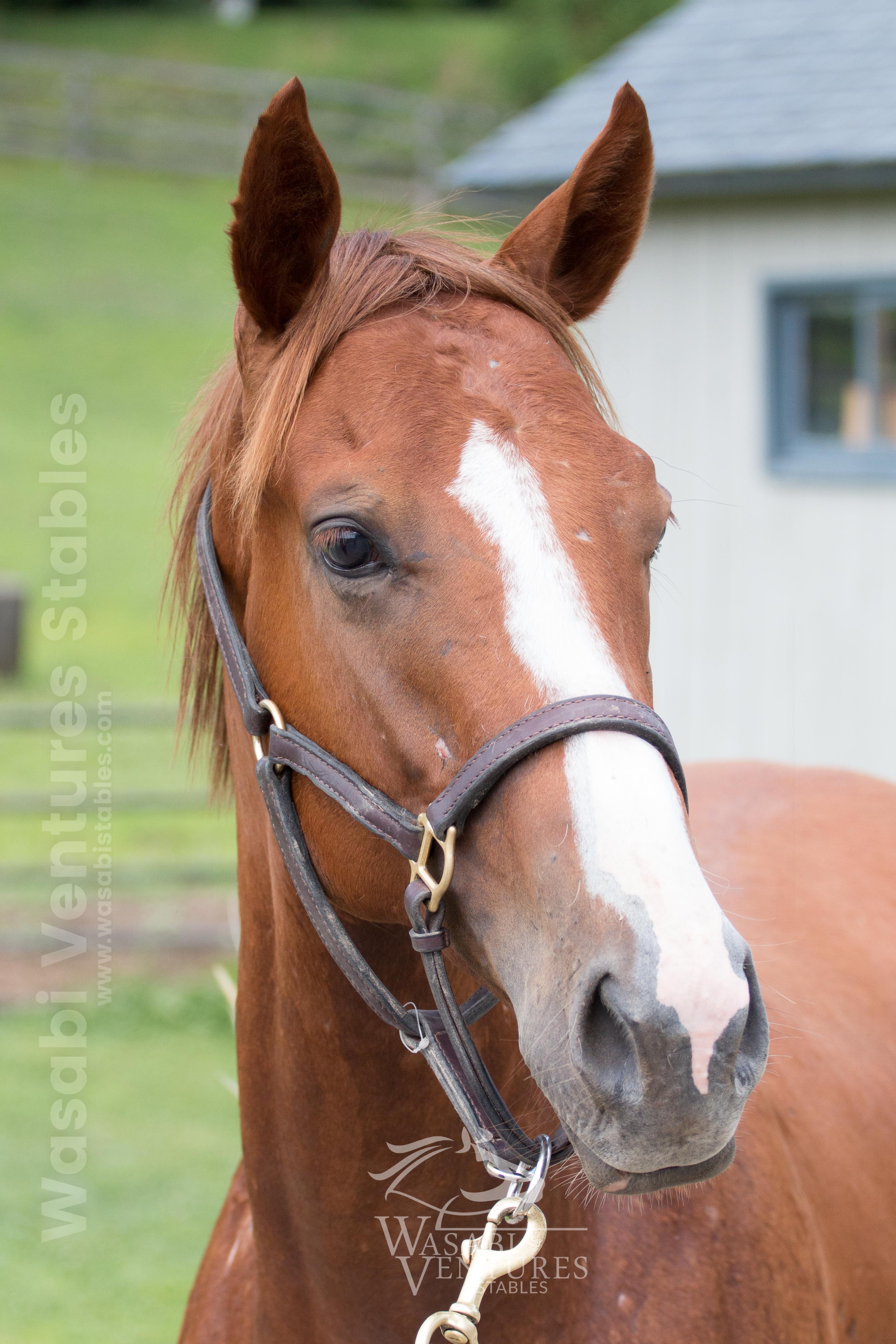 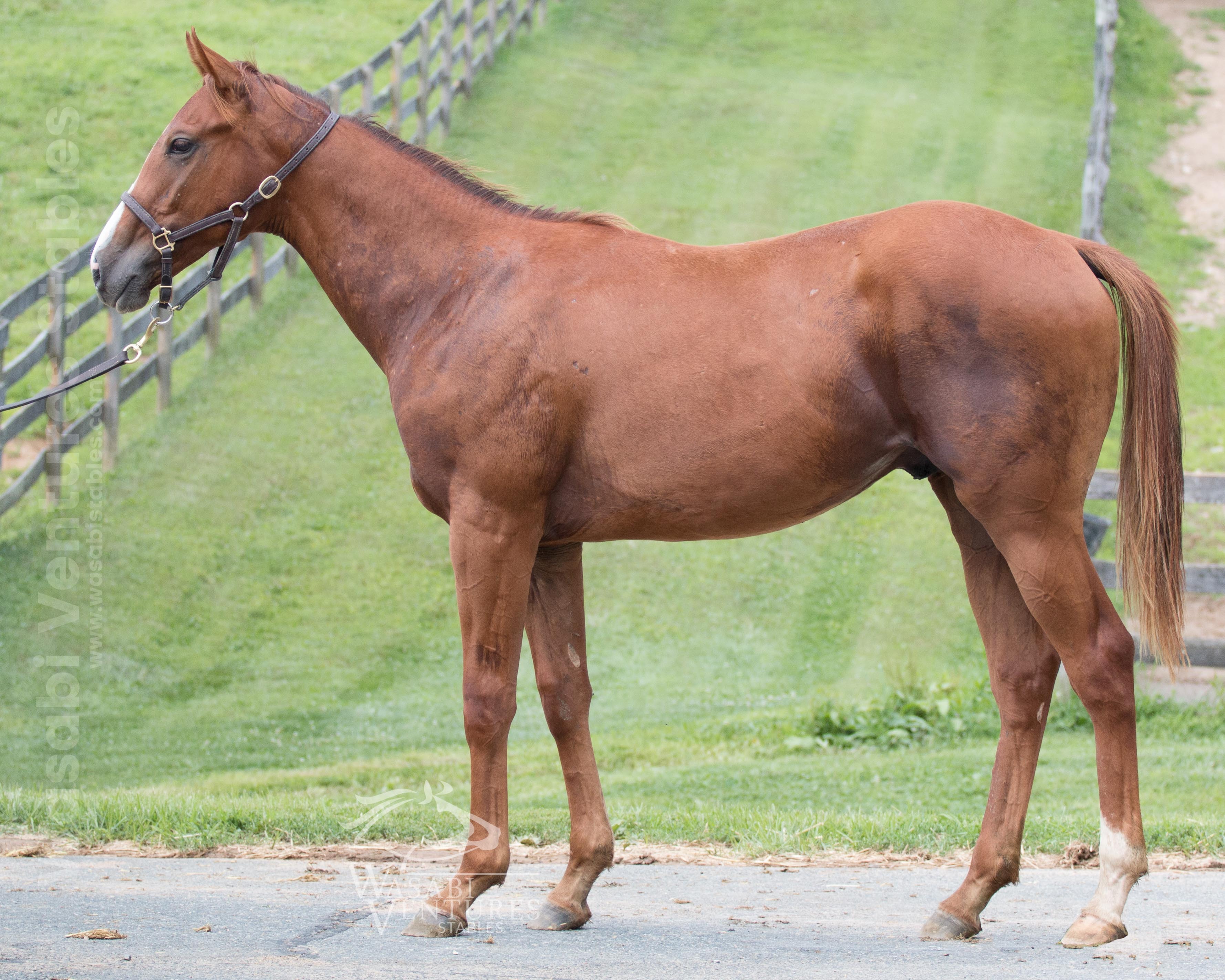